Would you pay to pick up the phone or receive a text?

Will UK consumers soon have to pay to pick up the phone? 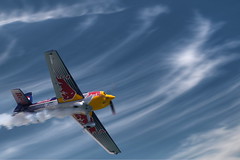 Although Ken’s Tech Tips is a UK-focussed website, we’ve always had our fair share of readers from around the world. One of the big bugbears from my American readers has been the cost of receiving a text in their country. In the UK, we’re only used to paying when we make calls or send texts – in the States you could find yourself paying to receive calls and texts.

The Register has some more on the historical reasons behind this:

In Europe the termination fee is a proportion of the cost of a call which is passed on to the receiving network, to pay it for carrying the call. This is known as Caller Party Pays (CPP, or CPNP as WIK insists on dubbing it), as the person making the call pays for the whole call.

The US operators decided that itemising local calls was too much like hard work, so they offered them for free.

When mobile phones arrived the US they were given area codes matching the place they were sold. So if you bought a phone in San Diego someone calling you from that city would expect the call to be free. Someone has to pay for the mobile element, so Americans find themselves paying to receive calls on their mobiles. 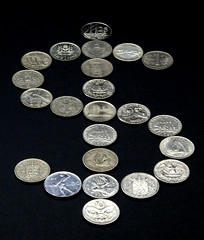 Could we see it in the UK? Termination charges could go…

Last year, Ofcom discussed the possibility of either deregulating termination charges or removing them altogether. From The Register:

Ofcom also reckons termination fees are going to be a problem as the communications market converges. With calls originating and terminating in so many places it’s becoming impossible to regulate properly, and complete deregulation is one of the options Ofcom suggests, though complete removal of the termination fee – and thus paying to receive calls – is the more likely conclusion.

Networks BT and 3 have launched a Terminate the Rate campaign to lower the termination fee which currently stands at 4.7p/min.

With the possibility of termination charges disappearing – might we see networks beginning to charge us for receiving calls and texts? Or would this be so alien to UK consumers that nobody would dare to introduce such a charge? Or would this make the mobile telecom sector a lot more competitive? I’d love to hear your thoughts.

* When I was briefly a Three customer about 6 years ago, I remember being charged a fee whenever Three notified me that I was low on credit. These texts used up the rest of my credit!!