You can use an eSIM-ready phone without the need for a physical SIM card inside. See our list of eSIM capable phones.

On many of the latest high-end smartphones from Apple, Samsung, Google and other manufacturers, you’ll find eSIM or ’embedded SIM’ technology inside. This allows you to get connected to your mobile network without the need for a physical SIM card inside your phone. You simply need to download an eSIM plan onto your phone.

Some of the benefits of eSIM technology include being able to get connected to your mobile network faster, without the wait for a physical SIM card to arrive in the post. In most cases, it also allows you to use dual-SIM technology (e.g. to save money when travelling abroad, or to have your work phone number on the same device as your personal number).

In this article, we’ll look at the list of eSIM-compatible devices. We’ll also look at the key benefits and disadvantages of using eSIM technology. 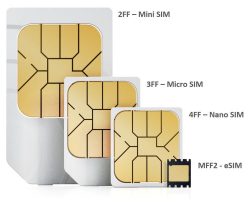 eSIM is the next generation of SIM card technology. It does away with a physical SIM card that needs to be placed inside your phone. Instead, you’ll get a reprogrammable chip to which you can download and install your eSIM.

Compared to traditional SIM cards, there are numerous advantages to using an eSIM:

There are also some disadvantages to using eSIM technology:

In the following section, we’ll list all of the devices available that have support for eSIM technology.

If you’d like to use an eSIM from a different provider, you’ll need to make sure your handset is unlocked from your mobile network. You should also check with your eSIM provider to make sure their service is compatible with your phone: 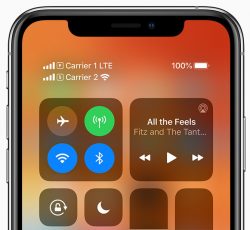 If you’re using an iPhone, eSIM technology is available on the following devices:

If you have an iPhone 14 that was purchased in the USA, this will be an eSIM-only device. You will not be able to use a physical SIM card inside your device.

On the iPhone 13 and iPhone 14, it’s possible to use up to two eSIMs at the same time (this also known as dual-eSIM). Earlier models of the iPhone allow you to use a maximum of one eSIM at a time (along with a physical SIM card).

For more information about how to use eSIM on the iPhone, please see Apple’s official website. 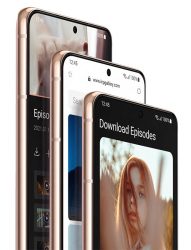 eSIM technology is available on the following Samsung Galaxy smartphones:

If your Samsung Galaxy device was purchased in South Korea, eSIM technology will only be available on the Galaxy Z Fold 4 and the Galaxy Z Flip 4.

There’s more information on Samsung’s website about how to use eSIM on your Galaxy device.

You can use an eSIM on the following Google Pixel smartphones:

1 The Pixel 3 and Pixel 3 XL are able to hold both a physical SIM card and an eSIM. You can switch between the two but only one of them can be active at a given time. You therefore won’t be able to have two phone numbers at the same time on your phone.

There’s further information on Google’s website about how to use eSIM on the Google Pixel.

Other Android Phones with eSIM

It’s also possible to use an eSIM on the following Android-powered devices from other manufacturers:

2 The Motorola Razr is an eSIM-only device. It doesn’t support physical SIM cards.

You can normally install and manage your eSIMs through the ‘Settings’ app on your Android phone. 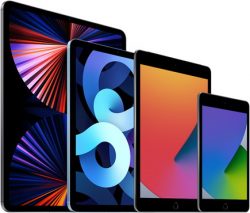 The following iPads also have eSIM support, when you choose a device that supports cellular connectivity:

There’s more information about this on the Apple website.

How To Use eSIM

If you’d like to start using eSIM technology on your phone, you can order an eSIM plan from your mobile network’s website. Alternatively, it might be possible to transfer your existing plan onto an eSIM (check with your provider to see whether this is possible). If you’re based in the UK, see our guide to eSIMs on UK networks.

Once you’ve set up an eSIM on your phone, you’ll normally also be able to activate dual-SIM functionality on it. This will allow you to:

For more information, see our guide to eSIM on UK networks and the best eSIM plans in the UK.