Vodafone GigaCube is 4G or 5G home broadband with no need for a phone line. GigaCube plans start from £30/month. 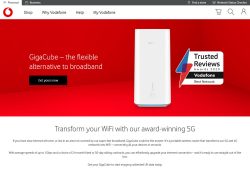 If you’re looking for an alternative to traditional fixed-line home broadband, Vodafone’s GigaCube can give you a high-speed home broadband connection that’s delivered using 4G or 5G mobile technology.

In this article, we’ll review the Vodafone GigaCube service. We’ll start by looking at Vodafone’s 4G and 5G home broadband plans and how they compare to Vodafone’s other fibre broadband plans. We’ll also look at the download speeds available on the service, the router you’ll get included and alternatives available from other networks. 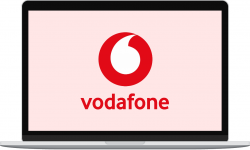 Alongside this, Vodafone also offers a range of fibre broadband plans, with a 4G Broadband Backup service included on Vodafone Pro Broadband plans. You can also get 4G mobile broadband from Vodafone if you’re looking for a service that you’re able to use on the go.

Vodafone’s most widely available GigaCube service is the Vodafone GigaCube 4G. It offers average download speeds of 23-35Mbps which can be comparable to Vodafone’s Superfast 1 fibre broadband in some areas.

The GigaCube 4G service is available without the need for a phone line or cable connection, with plans ranging from £30/month for 100GB data to £50/month for 300GB data.

Unfortunately, the largest data allowance available on Vodafone’s GigaCube 4G service is currently 300GB per month. Although this is a fairly decent data allowance, it still falls some way short of the average UK household’s broadband data consumption (about 400-450GB per month). This somewhat limits the usefulness of Vodafone’s GigaCube 4G service as a complete replacement for a fixed-line home broadband service.

For unlimited data, you can get a plan from 4G Internet instead costing £29.99/month plus £99 upfront with 4G coverage from Vodafone. Alternatively, choose Vodafone’s GigaCube 5G service for an unlimited data plan if you’re living in a Vodafone 5G coverage area.

If you like, Vodafone’s GigaCube 4G broadband service is also available on a one-month rolling plan. There’s a £100 upfront fee when you take the Vodafone GigaCube on a one-month contract. You can then change or cancel your plan at any time.

If you’re living in a postcode that has 5G coverage from Vodafone, you can also choose a GigaCube 5G plan. This can give you an average download speed of 150-200Mbps in 5G coverage areas (around two to three times faster than a typical fibre broadband connection).

If you’re looking to replace your home broadband connection, we’d recommend choosing the unlimited data plan. This is because the average UK household uses around 400-450GB of data per month on their home broadband service.

The GigaCube 5G service is also on a one-month rolling plan with an upfront fee of £325 for the 5G router.

In addition, you can upgrade to a Vodafone Pro Broadband plan from £34 per month. This gives you a number of additional features such as Super WiFi (giving you a guaranteed wi-fi signal in every room of your home) and 4G Broadband Backup (which combines fibre broadband with a 4G-based backup connection). 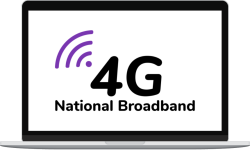 On 4G Internet, you’ll currently pay £29.99/month plus £99 upfront for unlimited data on a 12-month contract. This is much better value than Vodafone’s GigaCube 4G service where you’ll only get 200GB of data for £40/month.

On 4G Internet, you can also get a professionally-installed 4G antenna which will give you better speeds and performance in areas with a weaker 4G signal. The full installation costs £399 upfront which includes the cost of the 4G antenna, mount, 4G router and engineer setup.

According to Vodafone, the average download speeds available on their service are as follows:

An external 4G antenna may improve the speeds and reliability of your GigaCube home broadband service. However, you’ll need to set up and configure the external antenna yourself as Vodafone doesn’t offer an antenna installation service for the GigaCube.

One thing that’s worth noting is Vodafone’s comment about GigaCube users being subject to “data de-prioritisation”. This means GigaCube users have a lower order of priority on Vodafone’s 4G and 5G network. As such, if the mobile network is congested in your area, the speeds may be slowed down on your GigaCube service:

When you sign up to Vodafone’s GigaCube service, you’ll be sent one of their GigaCube home broadband routers. This will be the Huawei B818 on GigaCube 4G plans and the Huawei 5G CPE Pro on GigaCube 5G plans.

When you plug in the GigaCube router, it will connect to Vodafone’s 4G or 5G network in the background. From that, it will produce a wi-fi network for your other devices to connect to.

Both of the GigaCube routers include 2 Gigabit Ethernet sockets allowing you to connect wired devices to your home network if required. There are also two TS-9 sockets for attaching an external antenna which can improve the performance of your connection.

Unfortunately, Vodafone’s Super WiFi and other Pro Broadband features are not available on the GigaCube router.

Prior to January 2021, Vodafone supplied the Huawei B528 router on the GigaCube 4G service. This worked in much the same way but was a bit more limited in terms of the functionality it provided. For instance, only 20 devices could use the Wi-Fi network at the same time and only one Gigabit Ethernet socket was provided. In addition, 4G performance was limited to Category 6 LTE speeds (up to 300Mbps download and up to 50Mbps upload). 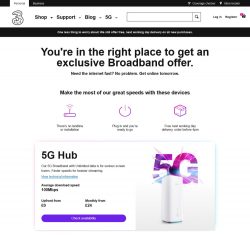 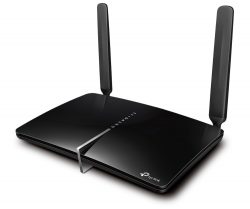 You can also get 4G home broadband from the following providers:

If you’re looking for a fibre broadband service with a 4G-based backup, you can also consider BT’s Hybrid Connect and Vodafone’s 4G Broadband Backup.

At present, Vodafone’s 4G network covers around 99% of the UK’s population. Meanwhile, Vodafone’s 5G network is available in 100 UK towns and cities. You can check the availability of both 4G and 5G coverage by entering your postcode on Vodafone’s online coverage map:

This will also give you an estimated range of download speeds and upload speeds available. Tap on the “Data speed info” button after entering your postcode.

If you’d like to check the availability of Vodafone’s fibre broadband service where you live, you can check it through this page instead.

For more information about the GigaCube service, see Vodafone’s official website. You can also read our in-depth Vodafone Broadband review and our guide to Vodafone’s 4G mobile broadband service.

Your Comments 84 so far

We'd love to hear your thoughts and any questions you may have. So far, we've received 84 comments from readers. You can add your own comment here.