BT’s Complete Wi-Fi service gives you a guaranteed wi-fi signal in every room of your home, or £100 back. 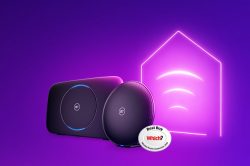 For many people, a major frustration when using the internet at home is a poor wi-fi signal which leads to buffering, drop-outs and slow downloads. With wi-fi connected devices now being used across the whole home, it’s never been more important to make sure your wi-fi network covers your whole home.

BT’s Complete Wi-Fi service is designed to give customers a guaranteed wi-fi connection in every room of their home. The service combines a next-generation Smart Hub 2 router with up to three Wi-Fi Discs that all talk to each other using mesh networking technology. This is backed by the Complete Wi-Fi Guarantee, which gives you £100 back if you aren’t able to get download speeds of at least 10Mbps in every room of your home.

In this article, we’ll review BT’s Complete Wi-Fi service including the Smart Hub 2 router and the Wi-Fi Discs you’ll get included. We’ll also look at how wi-fi signal strength affects download speeds around the home, and how newer mesh networking solutions compare to traditional wi-fi repeaters or wi-fi range extenders.

What is BT Complete Wi-Fi? 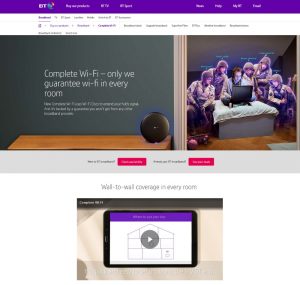 In a typical home, the strength of your wi-fi signal drops very quickly as you move away from the router. The reduction in wi-fi signal strength is affected by numerous factors including your distance from the router, physical barriers like brick walls, and interference from other devices. This can lead to a poor wi-fi signal or rooms where you’re not able to get reliable wi-fi.

Normally, the quality of your internet experience depends very much on the strength of your wi-fi signal. For instance, a poor wi-fi signal can lead to dropped connections, buffering during online video and downloads taking a long time to complete. It can also worsen the battery life of your devices as they need to work a lot harder to maintain the wi-fi connection.

BT Complete Wi-Fi is an exclusive service for BT Broadband customers in the UK, guaranteeing a wi-fi signal in every room of your home with download speeds of at least 10Mbps (more than enough for watching a HD-quality video stream). The solution consists of a BT Smart Hub 2 router, up to 3 Wi-Fi Discs and BT’s Complete Wi-Fi Guarantee.

The improved and stronger wi-fi signal you get when using Complete Wi-Fi should reduce buffering and dropped connections on devices that are further from your router (including laptops, tablets, smartphones, smart TVs, smart speakers and more).

It should also improve overall speeds. According to BT, a typical four-bedroom home will see a 25% increase in wi-fi speeds when using a single Wi-Fi Disc on the Complete Wi-Fi service. In some cases, however, it can be substantially more than this if you’re already suffering from poor wi-fi in certain rooms of your home.

When you take out the service, you’ll be given a BT Smart Hub 2 and a single Wi-Fi Disc to get started. According to BT, this should already cover the majority of homes, but up to two additional discs are available free of charge if you need them. If, after three months, you’re still unable to get a wi-fi signal and download speeds of at least 10Mbps in every room of your home, a credit of £100 will be applied to your bill.

According to BT, the Complete Wi-Fi Guarantee “covers your main home” and “does not cover outbuildings, gardens or sheds”.

The closest alternative to BT’s Complete Wi-Fi service is the Broadband Boost service on Sky. For an extra £5/month, Sky’s Broadband Boost service guarantees a minimum speed of 3Mbps in every room of your home (slower than BT’s guaranteed 10Mbps minimum). You can also get a Wi-Fi Booster from Sky if one is needed, but this uses older Wi-Fi extender technology. 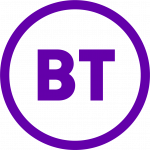 The following table shows a list of the fibre broadband plans currently available from BT:

You’ll be given the option to add Complete Wi-Fi after choosing your fibre broadband plan on the BT site.

Over the course of a 24-month contract, it will cost £240 in total to add Complete Wi-Fi to your BT Broadband plan. This compares to a stand-alone cost of £200 to get a BT Smart Hub 2 with a single Wi-Fi Disc. The standalone option comes without a Wi-Fi Guarantee, and without the ability to get more Discs at no extra charge should they be needed in your home.

If you cancel the BT Complete Wi-Fi service, the Smart Hub 2 will remain your property. However, the Wi-Fi Discs will remain the property of BT unless you pay an additional £30 per disc to keep it.

The Complete Wi-Fi service comes with a Smart Hub 2 router and up to 3 Wi-Fi Discs that can all be managed through BT’s mobile application. You’ll also benefit from the BT Complete Wi-Fi Guarantee.

When opting for the Complete Wi-Fi service, you’ll receive the next-generation BT Smart Hub 2 router. The Smart Hub will plug in to your phone line, creating a wi-fi network from your fibre broadband connection. The second-generation Smart Hub supports dual-band Wi-Fi 5 technology (802.11ac) with speeds of up to 1733Mbps on 5GHz spectrum and up to 289Mbps on 2.4GHz spectrum. It uses 7 wi-fi antenna to optimise performance and speed on other devices. There are also four Gigabit Ethernet sockets for connecting wired devices to your network, and a USB port for connecting and sharing external storage. The Smart Hub 2 is also future-proofed for new technology, with support for DECT and BT’s Digital Voice service.

In addition to the Smart Hub 2 router, you’ll also receive a Wi-Fi Disc from BT (with two further Wi-Fi Discs being supplied at no extra charge should you need it). Each Wi-Fi Disc requires its own power connection, but apart from that, can be placed anywhere in your home. The disc communicates with your Smart Hub 2 to extend the range of your network and to boost the performance. Like the Smart Hub 2, it supports Wi-Fi 5 technology (802.11ac) with maximum speeds of 1733Mbps on 5GHz and 385Mbps on 2.4GHz. The Disc also has a Gigabit Ethernet socket for you to connect a wired device to your home network.

Both your Smart Hub 2 router and your linked Wi-Fi Discs can be managed through the My BT app. The app will also help you to set-up and optimise your wi-fi network.

The strength of your wi-fi signal is a major determinant of the download speeds you’re able to get and the reliability of your broadband internet connection.

A poor wi-fi signal can lead to buffering and occasional pauses when you’re listening to music or watching video online. It can also cause slow downloads, dropped connections and poorer battery life on your devices.

Things that will affect your wi-fi signal strength include:

Mathematically, the relationship between wi-fi signal strength and download speed is described by a formula called Shannon’s law. It probably isn’t that useful to understand all of the details of the formula. Rather, it’s just best to try and optimise the performance of your wi-fi network by placing your router in a central location and away from physical barriers and interference sources. Sometimes, however, your ability to do this will be limited by where the phone line enters your home. In larger homes, it’s often necessary to extend the range of your wi-fi network beyond what is available from a single access point or router.

BT’s Complete Wi-Fi uses mesh networking technology. This differs from many other solutions (especially those that are available on the high street) which use older range extender or wi-fi repeater technology.

Your Comments 28 so far

We'd love to hear your thoughts and any questions you may have. So far, we've received 28 comments from readers. You can add your own comment here.