Visiting Or Moving To the UK: Using Your Cellphone & Best UK SIM Cards

Find out how to use your cellphone in the UK & see the best UK SIM cards for visitors and new UK residents.

If you’re visiting the UK on a short-term trip, or moving there longer-term for study or for work, it’s easy to use your cell phone on the mobile networks in the United Kingdom.

In this article, we’ll discuss cell phone compatibility on UK cellular mobile networks. We’ll also look at the different ways of using your cell phone in the UK, including through international roaming or using a local UK SIM card. Finally, we’ll compare the best value prepaid SIM cards that are available for tourists, visitors and new residents to the UK.

In the UK, there are four companies that provide cellular mobile coverage: EE, O2, Three & Vodafone. Each of them offers 99% population coverage across the UK using 2G (GSM), 3G (WCDMA & HSPA) and 4G (LTE) technologies. In addition, 5G coverage (NR) is available in most major UK towns and cities.

The four cellular coverage providers utilise the following bands and frequencies in the UK:

The most important bands for your phone to support are shown in bold. Most modern cellphones should at least support a couple of UK bands, providing you’re using a device that’s compatible with GSM or LTE. Additional bands and frequencies are shown in italics – you may get faster speeds if your phone has support for these bands.

If you’re unsure about the bands and frequencies supported on your cellphone, consult your handset manufacturer’s documentation or product specifications. For instance, you can see a list of 4G & 5G bands supported on the iPhone.

There are two ways to use your cellphone in the UK: you can either roam on your domestic SIM card or you can get a local SIM card from one of the UK networks.

If you’re only visiting the UK for a short amount of time, roaming on your normal domestic SIM card can sometimes be the easiest solution. In advance of your travel to the UK, you should check with your cellular provider on the costs of using your phone in the UK. You should also ensure that international roaming is enabled on your account.

If you’re planning to stay in the UK for a little bit longer, it’s normally worthwhile getting a local UK SIM card. This will probably be more convenient and will usually be cheaper than roaming on your normal domestic SIM card. In the UK, prices start from around £10 (approx 12USD) for one month’s usage on a local SIM card. This will also cover your cellphone usage when you travel to other European countries. You’ll get a UK-based phone number on your UK SIM card (starting with +44).

Getting a UK SIM Card

It’s a straightforward process getting a prepaid SIM card in the UK. There’s no need to be a UK resident, and you don’t need to provide any identification documents. You will, however, need to make sure that your cellphone is unlocked from your carrier before you arrive in the UK.

Where possible, we’d strongly recommend getting your UK SIM card before you arrive. Not only does it avoid an unnecessary trip to get your SIM card from a shop, it can save you a lot of hassle as you’ll have a SIM card that’s charged and ready-to-use. Normally, you’ll also save money when you get your SIM card in advance.

At present, giffgaff is our recommended SIM card for anyone who is visiting or moving to the UK. Unlike most other networks, they offer international delivery for free on all of their SIM cards. You can also activate and recharge your SIM card using a credit card or debit card that’s registered outside the UK. This differs from most other networks where you’ll normally need to use a bank card that’s registered inside the UK.

If you’re not able to order a SIM card from giffgaff in advance, it’s also possible to get a SIM card on arrival in the UK.

Where possible, you should avoid getting your SIM card upon arrival at the airport (e.g. when you land at Heathrow or Gatwick). Although a couple of retailers will offer UK SIM cards at the airport, they’re normally grossly overpriced. Instead, you’ll save money by waiting until you arrive in the city. You can get a UK SIM card from most cell phone stores, grocery stores and gas stations (also known as mobile phone shops, supermarkets and petrol stations in the local lingo). Compared to ordering online, you should expect to pay a couple of pounds more to get your SIM card in-person, plus £10 or £15 for your initial top-up or charge. Our full guide to prepaid SIM cards in the UK will give you an overview of the available options.

As a word of warning, most UK networks won’t allow you to top-up online or by phone when using a payment card that’s registered outside the UK. Therefore, unless you’re on a network like giffgaff that supports international top-ups, the only way to recharge your account will be making an in-person top-up at locations showing the green “top-up” logo.

At the end of your trip to the UK, it’s worth holding on to your SIM card. Typically, your prepaid SIM card will remain active for another 6 months after the last chargeable usage on your SIM card. Therefore, if you’re planning to visit the UK again on a future trip, it might be possible to re-use your SIM card.

Note on Pay Monthly deals: If you’re moving to the UK on a longer-term basis, you may be tempted to get a Pay Monthly SIM card. Before you’re able to apply, you’ll need to be a UK resident and you’ll need to pass a UK credit check. You’ll also need a UK bank account from which your monthly payments can be taken. For this reason, unless you’ve already lived in the UK for a significant amount of time, we’d recommend starting on a prepaid deal such as giffgaff.

Using Your Phone In Europe

If you’re combining your trip to the UK with a trip to mainland Europe, you’ll sometimes be able to use your UK SIM card at no extra cost in Europe.

On giffgaff’s prepaid SIM card, you’ll be able to use up to 5GB data per month at no extra cost in the following European countries:

Likewise, if you already have a SIM card from another European country, it might be possible to use it at no extra cost in the UK. However, you should check this with your domestic operator as the UK is no longer covered by EU roaming legislation as of January 2021.

If you’re using a UK SIM card, you can check the rates for roaming in Europe. 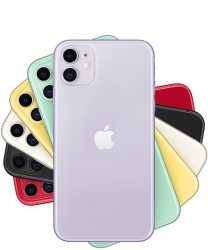 In the UK and Europe, the cellular industry tends to use different terminology to what is used in North American countries. Namely:

When shopping and comparing plans, it’s also worth knowing that taxes are already included in the price. In the UK, this mainly refers to value added tax (VAT), which is similar to sales tax in other countries.

Similarly, if you’re calling abroad from a UK SIM card, you’ll need to add the relevant international calling prefix before dialling out to that number.

If you’re making phone calls on a UK SIM card, your inclusive minutes will normally allow you to call other UK landline and mobile numbers (that’s most phone numbers beginning with 01, 02, 03 and 07). If you’re calling another phone number that isn’t included in this range, find out how much the phone call will cost.

If you’re looking to get connected to the internet without using a cellular data allowance, many locations now offer a free wi-fi connection (including many coffee shops, grocery stores, train stations and more). In the UK, the main providers of public wi-fi are BT, O2, Sky (The Cloud) and Virgin Media.

For getting around, it’s worth using the Transport for London (TfL) and National Rail Enquiries websites. They’re both invaluable for providing you with information on how to get around the UK (TfL covers public transport services in London whereas National Rail Enquiries covers rail travel across the rest of the UK). You can also use Google Maps for transit directions, as well as CityMapper in major urban areas.

Have a smooth trip and enjoy your visit to the UK!

Your Comments 374 so far

We'd love to hear your thoughts and any questions you may have. So far, we've received 374 comments from readers. You can add your own comment here.