In this article, we’ll discuss how you can check the O2 coverage in your area and where you can see an O2 coverage map. We’ll also discuss the types of coverage on O2 as well as services they offer like 4G Calling, Wi-Fi Calling and O2 Wi-Fi hotspots. Finally, we’ll look at the international coverage that’s available when you use your O2 SIM card abroad in other countries.

You can use O2’s online coverage checker to see a map of the coverage available in your area.

To use the online coverage map, enter the postcode of your home, your workplace or other locations where you regularly spend time. The map will show you whether various types of coverage are available in your area (2G, 3G, 4G, 4G Calling and 5G). It’s colour-coded with blue for “good indoor & outdoor coverage” and with brown for “good outdoor coverage” only. We’d normally recommend choosing O2 only if you’re able to get both indoor and outdoor coverage.

In addition, the online map will show you nearby O2 wi-fi hotspots and nearby O2 mobile masts when you use the toggle above the map. This can be useful in helping you to identify the locations where you’re able to get connectivity from O2.

For more information, read on to find out more about the different types of coverage available on O2.

To access 5G coverage on O2, you’ll need a 5G-enabled smartphone and a 5G-ready Pay Monthly plan. At present, O2 doesn’t charge anything extra for access to 5G coverage on their network. However, you’ll need to have one of their latest 5G-ready plans as many of their older price plans are limited to 4G.

5G is the fastest and newest form of coverage available on O2. Having originally launched in October 2019, it’s now available in 60 UK towns and cities. It offers average download speeds of around 150Mbit/s – about six times faster than O2’s 4G network. You’ll also get greater network capacity and lower amounts of latency compared to 4G.

O2’s 5G network is currently available in the following UK towns and cities: 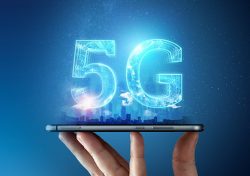 O2’s 5G mobile network originally launched in October 2019, using newly acquired 3.5GHz spectrum (5G NR band n78). Originally, they were the last of the major mobile networks to launch a 5G service, having been beaten by the other three networks (EE in May 2019, Vodafone in July 2019 and Three in August 2019). However, they’ve recently caught up rapidly with their roll-out. At the moment, they’re also the only UK mobile network not to be using equipment from Huawei in their network. This allows them to continue their rollout without the uncertainty around restrictions being placed on the use of Huawei equipment in 5G networks.

There’s more information on O2’s website about the benefits of 5G technology for consumers and for business. Unfortunately, it isn’t currently possible to get 5G coverage on O2 Pay As You Go.

In addition to their new 5G network, O2 continues to offer older forms of coverage including 2G, 3G and 4G.

2G is the oldest type of mobile coverage that’s still available on O2. O2’s 2G network dates back to 1994 when it was still known as Cellnet (and then later as BT Cellnet). Nowadays, O2’s 2G network is used less frequently and mainly serves as a backup for when newer types of coverage are not available.

O2’s 2G network will allow you to make and receive phone calls along with SMS text messages. You can also access the internet at dial-up speeds (up to 0.3Mbit/s using GPRS and EDGE technology).

O2’s 3G network allows you to make and receive phone calls and text messages. In addition, you can use mobile data at dual-carrier HSPA+ speeds (up to 42Mbit/s download).

Nowadays, your mobile phone will connect to 3G where newer 4G coverage isn’t yet available. Lots of mobile phones will also drop back to 3G coverage when you’re making or receiving a phone call (unless you have a smartphone that supports Wi-Fi Calling or 4G Calling). For this reason, it’s still important to make sure you have 3G coverage where you live.

O2’s 3G network mainly uses 2100MHz spectrum. In some areas, a longer-range 3G service is also available using 900MHz spectrum that has been upgraded from 2G. 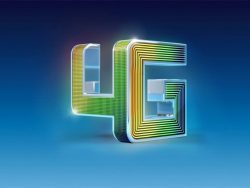 O2’s 4G service launched in August 2013. Nowadays, it’s available to 99% of the UK’s population, both with indoor and outdoor coverage.

Nowadays, 4G is the most common type of coverage used by customers on O2. You can access Category 6 LTE download speeds of up to 300Mbit/s on O2’s network. In practice, however, actual download speeds are normally closer to 25Mbit/s (dependent on your location, coverage and capacity on your local mast). 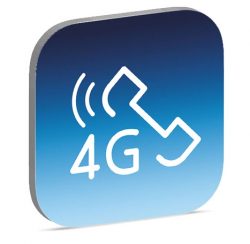 If you’re an O2 Pay Monthly customer with a compatible smartphone, you can use their 4G Calling and Wi-Fi Calling service for phone calls.

At the time of writing, 4G Calling and Wi-Fi Calling are available on the following devices:

If you’re using an Android-powered device, it will normally need to have been purchased directly from O2 to be compatible with Wi-Fi Calling and 4G Calling. This limitation doesn’t apply if you’re using an iPhone.

For more information, see O2’s webpage on Wi-Fi Calling and 4G Calling. An earlier version of this service used an app called O2 TU Go but this closed in October 2017.

In addition to their 2G, 3G, 4G and 5G mobile coverage, O2 also offers more than 16,000 Wi-Fi hotspots that are dotted across the country. You’ll find an O2 Wi-Fi hotspot in many branches of Subway, Argos, Bella Italia, Café Rogue, Las Iguanas, Costa Coffee, Debenhams, All Bar One, McDonalds and Pizza Hut.

Occasionally, O2 advertises their Wi-Fi service as an additional benefit for mobile network customers. In truth, however, most O2 Wi-Fi hotspots are available to everyone free of charge (you just need to sign up with an email address and phone number to use it). The main benefit for O2 customers is access to “O2 Wi-Fi Extra”, which allows your phone to automatically connect to the Wi-Fi service at 7,000 hotspots.

You can enter your postcode on O2’s online coverage checker to see a map of O2 Wi-Fi hotspots around your location. Tap on the “O2 Wifi Hotspots” button after entering your postcode to see the available hotspots. 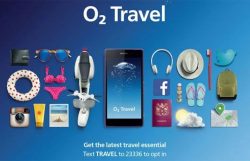 For customers who are travelling abroad to another country, O2 offers international roaming through the O2 Travel service.

At present, 4G coverage is available when roaming in 139 countries, with most other countries offering international roaming at 3G speeds.

If you’re travelling to an O2 Europe Zone country, you’ll be able to use your normal UK allowances at no extra charge. On selected Pay Monthly plans with at least 10GB of data, you’ll also get free roaming in the O2 Travel Inclusive Zone (a further 27 destinations outside of Europe). Elsewhere, you’ll pay £4.99/day to use your mobile phone in an O2 Travel country.

For more information, see our full guide to O2 Travel or see the information on O2’s official website.

For more information about O2’s coverage, please see their official website. You can also read our full guide to mobile phone coverage in the UK.