You can normally use a mobile phone SIM card in other devices like a tablet, 4G router, mobile broadband dongle or other smart devices. 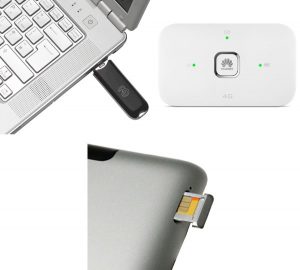 In the past, it was necessary to buy a mobile broadband SIM card if you wanted to use it in devices other than your smartphone (e.g. in a tablet, a 4G router or a mobile broadband dongle). This also used to apply to IoT (internet-of-things) devices such as smart cameras, alarms and GPS trackers.

Nowadays, it’s no longer the case that you’ll need to buy a special type of SIM card. This is because you can now use a mobile phone SIM card in any device you like (with only a few exceptions). This includes using a regular mobile SIM card inside a tablet, in a 4G router, in a mobile broadband dongle or in an IoT device. This follows an Ofcom ruling on net neutrality in 2018 which said that mobile networks shouldn’t discriminate based on the type of device and based on the equipment you’re using to access their network. 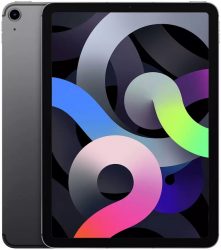 If you’re using a 4G tablet like the iPad or a Samsung Galaxy Tab, our recommendation would currently be to get a SIM card from Three. This is because you can get a SIM card from as little as £5/month with inclusive data that can be used on your tablet or iPad.

Normally, you won’t be able to use the minutes and texts inside a tablet (as neither of them are supported on the iPad). However, you’ll still save money compared to buying a mobile broadband SIM card. On some Android-powered tablets (e.g. those from Samsung), it might be possible to make and receive phone calls and text messages on your SIM card.

If you’re using a 4G router or a mobile broadband dongle, our recommendation would currently be to get a unlimited data plan from either SMARTY or Three. This is because they both offer unlimited data without speed restrictions and without any limitations on how many devices you can use at the same time.

You can currently get unlimited data from £16 per month on these networks:

Customers choosing Three instead of SMARTY will have the benefit of 5G coverage at no extra cost and the ability to get a proper IP address on their 4G router. For more information, see our guide on using SMARTY for mobile broadband.

If you’re unable to get a 4G signal where you live from Three or SMARTY, you can also consider Vodafone’s £30/month Unlimited Max plan. This gives you unlimited data without speed restrictions and without limitations on how many devices you’re able to connect at one time. 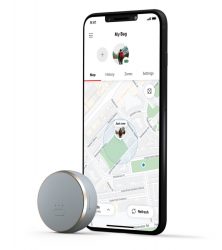 If you’re using an internet-of-things (IoT) device like a GPS tracker, an alarm system, an entry system or a sat nav, the best value SIM card will depend on the requirements of the device.

For something that doesn’t use very much data, consider getting a 1pMobile internet-of-things SIM card. This gives you 2G, 3G and 4G coverage from EE at Pay As You Go rates of just 1p/minute, 1p/text and 1p/MB. There are no regular monthly charges on 1pMobile, but you’ll need to top-up your SIM card at least once every 120 days.

Alternatively, for IoT devices that are in regular use, Vodafone offers a Smart SIM for internet-of-things devices. You’ll pay an upfront fee of £5 for the Vodafone Smart SIM, followed by a subscription fee of £2 to £4 per month. This is compatible with a number of vehicle trackers, smart cameras, pet trackers and other devices.

In the UK, mobile networks have historically sold two different types of SIM card: a SIM card for your mobile phone (with inclusive minutes, texts and data) and a SIM card for mobile broadband (normally only including data).

Over the past few years, the market for regular mobile phone SIM cards has become much more competitive. Meanwhile, the market for mobile broadband SIM cards has hardly moved. For this reason, you can now get a lot more data for the same price when you choose a mobile phone SIM card (with inclusive minutes, texts and data) over a mobile broadband SIM card (that only includes data).

For instance, you can now get unlimited data on a range of smartphone SIM cards for as little as £16/month:

Until 2018, the terms and conditions on many mobile phone SIM cards would prevent you from using the SIM card in devices other than a mobile phone (e.g. so you wouldn’t be able to use a smartphone SIM card in your tablet). However, this changed in 2018 as Ofcom ruled that this was a breach of net neutrality as defined in the Open Internet Access Regulation:

The EU Open Internet Access Regulation, among other things, enshrines ISP customers’ fundamental right to access the content and information, to use the applications and services, and to use the terminal equipment of their choice through their internet access service through their internet access service. ISPs may enter into agreements with their customers on the commercial and technical conditions of the service, but in doing so they cannot limit customers’ core rights.

In particular, Ofcom took issue with a mobile network that “imposed restrictions on the devices in which a SIM can be used – e.g. where a SIM purchased for a mobile phone cannot be used in a tablet”.

In recent years, however, some restrictions have been re-imposed on the unlimited data plans from certain networks:

The ruling on net neutrality is not affected by Brexit as this has already been transposed into UK law. You can therefore continue using a mobile phone SIM card inside other types of device from January 2021 onwards.

In most cases, it should now be possible to use a regular smartphone SIM card in any smart device. This includes your tablet, mobile broadband dongle, router or other smart devices like your laptop, camera, vehicle tracker, pet tracker, alarm, etc.

Before going ahead and choosing a SIM card, however, it’s still worth thinking about the following things:

For a full round-up of the best SIM cards currently available on the market, see our guide to the UK’s best value SIM only deals.

Your Comments 87 so far

We'd love to hear your thoughts and any questions you may have. So far, we've received 87 comments from readers. You can add your own comment here.