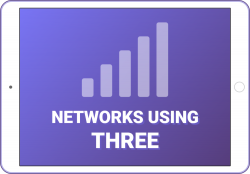 In the UK, it also possible to access a Three mobile signal when you’re using a SIM card from Honest Mobile, iD Mobile, SMARTY and Superdrug Mobile. This is because they piggyback on Three’s mobile network coverage.

Besides Three themselves, there are also four other mobile networks that will give you access to Three’s coverage. These networks are Honest Mobile, iD Mobile, SMARTY and Superdrug Mobile.

If you’re using one of these four mobile networks, you’ll have access to the same coverage as customers on Three. However, you might have different features included on your plan such as eco-friendly extras, greater flexibility or additional loyalty card points.

The following table shows a side-by-side comparison of mobile networks that use coverage from Three:

At present, you’ll only be able to access Three’s 5G network if you’re using a plan from Honest Mobile, iD Mobile, SMARTY or Three. You’ll be limited to 3G and 4G coverage if you’re using Superdrug Mobile. 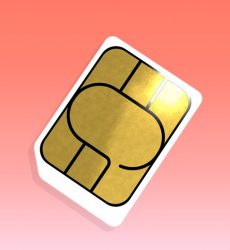 If you’re looking for a cheaper SIM-only deal with coverage from Three, it’s worth considering Three’s hidden SIM-only plans. Starting from £5 per month, the hidden plans have a lower monthly price or an increased data allowance compared to what you’ll get if you choose a plan that’s listed on Three’s website.

In addition, it’s also possible to consider the plans from other low-cost providers such as iD Mobile and SMARTY. You won’t get Three’s normal customer benefits such as access to the Three+ app, but you’ll have access to the same underlying coverage on your phone:

You can compare the full range of available SIM-only deals using our interactive comparison tool. 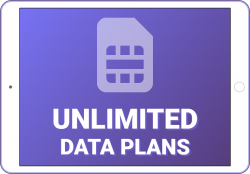 If you’re looking for an unlimited data plan with coverage from Three, this is currently available from just £16 per month. The following table shows your available options:

You’ll be limited to 4G speeds if you’re using an unlimited data plan from Superdrug Mobile. Meanwhile, Honest Mobile offers up to 5G speeds on the first 650GB per month (beyond this, you’ll be restricted to 3G speeds).

For more information, see our full guide to unlimited data plans in the UK.

Pay As You Go Plans

In addition, you can get a one-month rolling plan with no credit check required on Honest Mobile, SMARTY and Superdrug Mobile.

For more information, see our guide to the best Pay As You Go SIM cards in the UK.

In the following section, we’ll look in a little more detail at each of the mobile networks that offers coverage from Three.

If you’d like to compare all of the SIM-only deals using coverage from Three, you can use the following interactive comparison tool.

Start by choosing how much data you’d like, followed by the contract length you’d be happy to sign up for, and the networks you’re considering. You’ll then be shown a list of available deals that match your criteria.

Showing 89 of 89 price plans that match your criteria

If you’d also like to compare deals using a different coverage provider, see our full guide to SIM-only deals in the UK.

For more information, read our full guide on Three’s network and coverage. You can also read our in-depth reviews of Honest Mobile, iD Mobile, SMARTY Mobile and Superdrug Mobile.