In the UK, Virgin Media currently offers a range of TV and broadband packages from £29.99/month. You can get up to 260 channels on your Virgin TV 360 box, along with access to on-demand content and apps. You’ll also get the Virgin TV Go app for watching on-the-go. 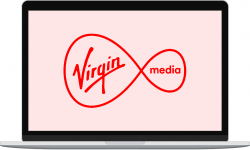 In the UK, Virgin Media currently offers a range of packages with fibre broadband, TV and home phone included.

Depending on the channels you’d like to watch, you’ll need to choose either a Big Bundle plan (with Mixit TV) plan or a Bigger Bundle plan (with Maxit TV). You can also choose the Biggest TV Bundle or the Ultimate Volt Bundle, both of which include a Netflix Standard subscription.

The following table shows a side-by-side comparison of the channels you’ll get on each package:

In the section below, you can see a detailed list of the channels available on each bundle. Alternatively, you can compare the bundles on the Virgin Media website.

In the UK, Big Bundle is Virgin Media’s entry-level package with fibre broadband, TV and home phone. Currently available from £29.99 per month, it comes with M250 Fibre Broadband and Mixit TV which includes more than 100 channels.

The following table shows a list of the channels you’ll get on the Big Bundle with Mixit TV:

You can upgrade to the Big Bundle + Drama & Docs package for access to more than 135 television channels.

The following table shows a list of channels you’ll get included on Big Bundle + Drama & Docs:

All of the channels included on the Big package, plus the following channels: 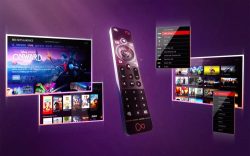 If you upgrade to Virgin Media’s Bigger Bundle for £39 per month, you’ll get Maxit TV with more than 190 television channels. This includes the Sky Entertainment channels in HD quality. You’ll also get a range of documentary channels (including Discovery and National Geographic) and music channels (including MTV).

If you’re a fan of sports, you’ll get the BT Sport and Eurosport channels included on the Bigger Bundle. You’ll also get Sky Sports News and Sky Sports Mix. However, other Sky Sports channels are not included and require an upgrade.

The following table shows a list of the channels you’ll get on the Bigger Bundle with Maxit TV:

All of the channels included on the Big + Drama package, plus the following channels:

For access to the other Sky Sports channels, you’ll need to upgrade to the Bigger Bundle + Sports package. This is currently available for £62 per month.

All of the channels included on the Bigger package, plus the following sport channels:

All of the channels included on the Bigger package, plus the following movie channels: 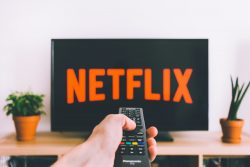 In total, the Biggest TV Bundle will give you more than 210 channels. You’ll also get Netflix Standard with HD-quality viewing and the ability to watch on two devices at the same time.

The Ultimate Volt bundle is Virgin Media’s flagship package. It comes with access to more than 230 channels including the Maxit TV channels, plus the Sky Sports and Sky Cinema add-ons. You’ll also get a Netflix Standard subscription included, along with a range of children’s television channels such as Cartoon Network, Nickelodeon, Nick Jr and Boomerang.

Customers with the Ultimate Volt bundle will get Virgin Media’s flagship Gig1 fibre broadband included which has an average download speed of 1,130Mbps. You’ll also get an O2 SIM card for your mobile phone with unlimited data included.

The Ultimate Volt Bundle is currently available for £79 per month.

All of the channels included on the Bigger package, plus sports, movies and the following childrens TV channels:

At present, you can get a Virgin Media TV & broadband package from £29.99/month. This also includes a home phone service.

If you choose a Virgin Media Volt bundle, you’ll also get an O2 SIM card included with it:

All of Virgin’s plans now include a Virgin TV 360 box. You’ll also get access to Virgin TV Go which allows you to watch your favourite channels on-the-move.

The following Virgin Media TV add-ons are also available at an additional cost:

Your Comments 23 so far

We'd love to hear your thoughts and any questions you may have. So far, we've received 23 comments from readers. You can add your own comment here.