Coverage should be your top consideration when choosing a new mobile network. Find out how to compare the mobile coverage in your area.

When you’re choosing a new mobile network, the coverage available in your area should be the first thing you consider.

On a mobile network with poor coverage, you would likely have a frustrating experience. Web pages are likely to load slowly on your phone (or not at all) and phone calls are likely to being missed. The battery life on your smartphone will also be worsened by poor coverage.

In this article, we’ll tell you everything you need to know about mobile coverage in the UK. From how to check and compare coverage across different mobile networks to the key questions you should ask when considering the coverage on a network. We’ll also discuss the UK’s system of mobile virtual network operators (MVNOs) along with apps and accessories for improving the coverage in your home. 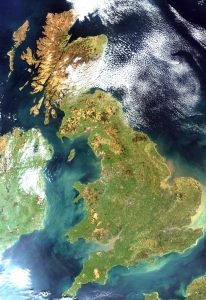 In the UK, there are currently more than 30 different mobile networks to choose from. Only four companies, however, hold a license to build and maintain their own mobile phone masts (EE, O2, Three and Vodafone). Besides the big four, all other mobile networks piggyback on coverage from one of the four main providers.

Mobile networks that piggyback on someone else for coverage are known as “mobile virtual network operators” (or MVNOs for short). There are many examples of MVNOs in the UK. For instance, BT Mobile is a MVNO using the EE network and giffgaff is a MVNO using the O2 network. Although your service is branded as BT Mobile or giffgaff, the underlying coverage will still be coming from EE or O2.

In the table below, we’ve provided a list of UK mobile networks. For each network, we’ve shown the underlying coverage provider and also the types of coverage that are available on that network. You can tap the relevant link for each network to see an online coverage map for that network.

Key Questions To Ask About Coverage

In our opinion, there are six important questions you should ask about coverage when choosing a new mobile network in the UK:

1. Which coverage provider do you use?

You can use the table provided earlier in this page to see the coverage provider for each UK mobile network.

2. Will I have access to 4G coverage or 5G coverage?

Find out whether you’ll be able to access faster forms of coverage like 4G coverage or 5G coverage. Nowadays, most UK mobile networks offer access to 4G coverage and this is a fairly decent baseline for almost all daily usage. Some mobile networks are however still limited to 3G coverage -this will give you slower download speeds and poorer performance.

If you have a 5G-ready phone, a 5G-ready SIM card will allow you to access even faster speeds. Meanwhile, customers with a 2G-only phone or some dual-SIM smartphones should choose a mobile network where they have access to 2G coverage.

3. Do you have coverage in all of the places where I regularly spend time?

Use the coverage map for your mobile network to see whether coverage is available in all of the places where you regularly spend time. For instance, besides simply checking the coverage at your home address, you may also want to check the coverage that’s available at your workplace, university, school or local pub.

4. Is coverage available indoors or only outdoors?

If possible, you should choose a mobile network that claims to offers indoor coverage at the places where you regularly spend time. This means they have enough confidence that the signal is strong enough to be usable inside your home.

5. Can I test-drive the coverage before I sign up? 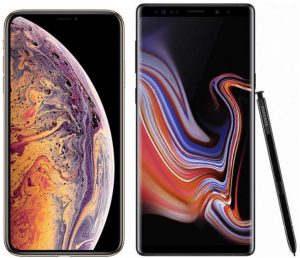 If you’d like to test out the coverage before you sign up for a contract, it’s normally possible to do this by putting a free SIM card inside your unlocked smartphone.

There’s no need to undergo a credit check or to sign a contract when using one of these SIM cards in your phone.

6. How about international coverage?

If you regularly travel abroad, it’s worth checking the international coverage available on your mobile network.

Some mobile networks have inclusive roaming offers for customers to use their mobile phone abroad at no extra charge. These include Three’s Go Roam offer, Vodafone’s Global Roaming service and O2’s Travel plan. Roaming bundles may also be available such as EE’s Roam Further Pass swappable benefit and Sky’s Roaming Passport plan.

Overview of Mobile Coverage in the UK

In the UK, there are four network coverage providers: EE, O2, Three and Vodafone. Please refer to the detailed coverage maps (linked below) for an overview of the services available where you live.

EE is the UK’s largest mobile network provider. Originally formed out of the merger of Orange and T-Mobile, the company has been part of BT since 2016. EE offers 2G, 3G, 4G and 5G coverage to its own customers, though many MVNO customers are limited to either 3G or 4G coverage.

The following mobile networks use coverage from EE:

At the time of writing, EE offers 99% population coverage on 2G, 3G and 4G. 5G coverage has started rolling out to customers in selected areas on EE. EE’s mobile network uses the following bands and frequencies:

For more information, see our full review of the coverage on EE or our guide to mobile networks using EE coverage.

In the UK, O2 offers 99% population coverage on 2G, 3G and 4G. They also offer 5G coverage in a number of UK towns and cities.

In addition to O2 providing their mobile service directly to consumers, they also power the underlying coverage for other mobile networks including giffgaff, Sky Mobile and Tesco Mobile:

The O2 mobile network uses the following bands and frequencies:

For more information, see our review of the coverage on O2 and our guide to mobile networks using O2 coverage.

Three is the youngest of the UK’s four network coverage providers, having originally launched to consumers back in 2003. As of 2020, Three offers 99.8% population coverage across the UK.

A number of MVNOs use coverage from Three. The most important ones are iD Mobile (an own-brand mobile network from the Carphone Warehouse) and SMARTY Mobile (a low-cost sub-brand of Three):

One important thing to note is that Three doesn’t offer any 2G coverage. For this reason, it isn’t possible to use a 2G-only device on Three’s network (or on any other mobile network that uses coverage from Three). Some dual-SIM devices may also not work correctly on Three’s network.

For more information, see our guide to Three’s coverage. We’ve also got an overview of the mobile networks using coverage from Three.

Vodafone was the UK’s first mobile network, having originally launched their first-generation mobile network in 1985. Today, they offer 99% population coverage on 2G, 3G and 4G. 5G coverage has also started rolling out in selected towns and cities across the UK.

As well as providing services directly through their own brand, Vodafone has a number of virtual network operators including VOXI, Talkmobile and Lebara Mobile:

Vodafone’s mobile network in the UK makes use of the following bands and frequencies:

For more information, see our in-depth guide to the coverage on Vodafone. Alternatively, see our round-up of mobile networks using Vodafone coverage. 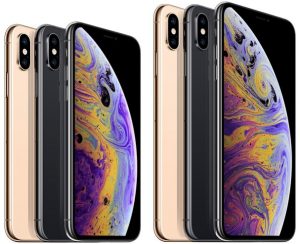 In some cases, however, it might not always be possible to choose a network with indoor coverage. For instance, you might be tied in to a contract with one network or there might be no mobile networks offering good coverage in your area.

As a solution to this, there might be some apps and accessories you can use to improve your indoor coverage:

Many lower-cost MVNOs do not support apps and accessories for better indoor coverage. For this reason, it may sometimes be better to choose one of the main mobile networks if you’re in an area with poor coverage.

The UK has a large number of MVNOs (a selection are shown in this image).

The UK has just four network coverage providers: EE, O2, Three and Vodafone. These coverage providers manage all of the fixed network infrastructure including the required spectrum licenses and the network of physical masts.

Mobile virtual network operators (MVNOs) piggyback on the infrastructure from one of the four coverage providers. MVNOs include BT Mobile, giffgaff, Sky Mobile and Virgin Mobile. Their underlying coverage comes from the network coverage provider, but things like billing and customer support are handled by the MVNO.

In some cases, MVNOs are either owned or partly-owned by the coverage provider. This is a common technique for targeting different groups of customers. For instance, giffgaff is a low-cost subsidiary of O2 aimed at younger and more price-conscious consumers. Through their sub-brands, mobile networks can offer lower prices without cannibalising the revenues made on their core brand.

Armed with this knowledge, savvy consumers can often save substantial amounts of money by switching to a low-cost MVNO. You’ll receive the exact same coverage, but often at a vastly reduced cost.

The information in the table above shows the current line-up of UK mobile virtual network operators. In the past, MVNOs have sometimes changed their underlying coverage provider. This has led to changes in the coverage they offer:

Your Comments 152 so far

We'd love to hear your thoughts and any questions you may have. So far, we've received 152 comments from readers. You can add your own comment here.