The Best SIM Cards for Using Your Smartphone in Spain

Depending on your network, it can cost up to £2 per day to use your phone in Spain. We review the best SIM cards for using your mobile phone in Spain. 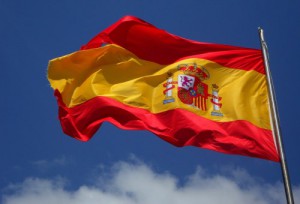 Spain continues to be the top destination for British holidaymakers, with more than 18 million Brits visiting every year. Whether you’re there to enjoy the food and the culture, or there to enjoy the seaside resorts in the Canary Islands and along the Costa del Sol, you’ll probably want to use your mobile phone whilst you’re there.

As of 2022, European roaming charges have returned and it can now cost up to £2 per day to use your UK SIM card in Spain. This can add an extra £14 to your phone bill for a one-week trip or an extra £28 for a two-week trip. Thankfully, it’s possible to side-step these charges by getting a £2.50 Pay As You Go SIM with inclusive roaming in Spain. Alternatively, you can get a local SIM card on arrival in Spain, with plans available from €10 per month.

In this article, we’ll look at the multiple ways to use your mobile phone in Spain. We’ll compare the costs of roaming on a UK SIM card and review the best UK plans for roaming in Spain. We’ll also look at how you can get a local SIM card in Spain and the coverage that’ll be available on it.

Using Your Mobile Phone In Spain

If you’re planning a trip to Spain, there are two ways to use your mobile phone whilst you’re there:

The following table shows a side-by-side comparison of the two options:

If you’d like to use your mobile phone in Spain with the least amount of hassle, we’d normally recommend roaming on a UK-based SIM card. 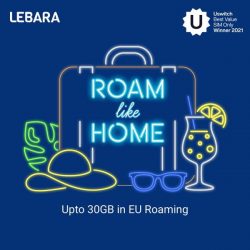 If your mobile network charges you for roaming in Spain, consider getting something like Lebara's £2.50 per month SIM (this includes 3 months half price when you use the KEN3 voucher code at checkout).

This is a one-month Pay As You Go plan with 3GB of data, unlimited minutes & unlimited texts. You can set it up before you depart and you can use it in Spain at no extra cost.

Get Lebara Mobile Pay As You Go SIM →

Roaming On Your UK SIM Card

The easiest way to use your mobile phone in Spain is through international roaming on a UK-based SIM card.

In the past, it was possible to use your UK SIM card at no extra cost when travelling to Spain. However, as a result of Brexit, some UK mobile networks have now introduced charges for using your phone in Europe. This means you might need to pay up to £2 per day to use your phone in Spain.

The following table shows the cost of using your mobile phone in Spain, along with the coverage available and the fair usage limit on each network:

When you’re using a UK SIM card, it’s worth noting there’s a fair use limit in Spain. For data, this varies between 5GB and 50GB per month, depending on your mobile network. You’ll be able to use up to your UK plan allowance or up to the fair usage limit each month, whichever one is lower. In addition, you’ll need to spend the majority of your time inside the UK (normally measured as 61 days over a 120-day period). If you spend more than 50% of your time in Spain, you’ll need to get a local SIM card from one of the Spanish networks. 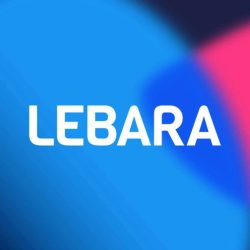 In our opinion, Lebara Mobile is currently the best UK mobile network for roaming in Spain.

On Lebara, you can get a Pay As You Go SIM card from just £2.50 per month, with the ability to use it at no extra cost when you travel to Spain. There’s no contract and no credit check when you get a Lebara Mobile SIM card so you can easily use it alongside the SIM card from another provider.

The following table shows a selection of Lebara’s Pay As You Go plans:

All of the prices shown include 3 months half price. This is a special offer available for January 2023. You’ll need to enter KEN3 as your voucher code during checkout to benefit from the half price offer.

If your mobile network still allows you to roam at no extra cost when you travel to Spain, you’re probably best off just using your normal SIM card when you’re there (unless you run out of data). Alternatively, if you’re only paying the £2 daily fee for a couple of days, it may not be worth the extra effort of getting a different SIM card. 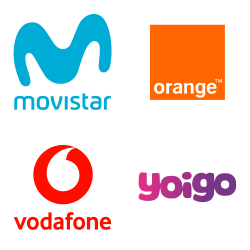 If you’re planning to use lots of data in Spain, or if you’re staying for an extended amount of time, it can be worthwhile getting a local SIM card from one of the Spanish networks. You can get a prepaid plan from €10 per month with lots of data included on it.

Here are the key things to know about getting a SIM card in Spain:

There are four main networks you’re able to choose from for your local Spanish SIM card: Movistar, Orange, Vodafone ES and Yoigo.

In the following section, we’ll look at their prepaid plans in more depth.

Movistar is Spain’s largest mobile network. They’re generally a good bet if you’re looking for a prepaid plan in Spain as they have some very competitive deals (such as 40GB data for €10). They also have the most extensive mobile coverage in Spain, though you’ll be limited to their 4G+ network as a prepaid customer (5G is only available on contract).

The following table shows Movistar’s pre-paid plans from €10 per month:

If you’re looking to get a Movistar SIM card, you can use the store locator on their website to find a nearby shop.

It’s also possible to get an Orange Tourist SIM card. On the tourist SIM cards, you’ll get a small allowance of minutes that can be used for calling internationally (including back home to the UK). You’ll also get unlimited data for the duration of your plan. The tourist SIM card costs €15 for 5 days or €25 for 15 days:

You can use Orange’s store locator to find a nearby store. They also have a website in English that can make it a little easier to find information about their plans.

The following table shows the Pay As You Go plans available from Vodafone in Spain:

You can use the store locator on Vodafone’s website to find a nearby store.

It’s worth noting that Vodafone Spain is a separate network from Vodafone UK. Therefore, if you have a handset that’s locked to Vodafone in the UK, it won’t work with a Vodafone Spain SIM card unless you unlock it first.

Yoigo is Spain’s fourth and smallest mobile network. There are few reasons to choose a Yoigo SIM card on your trip to Spain as they have poorer coverage and smaller data allowances on Pay As You Go.

The following table shows Yoigo’s Pay As You Go plans:

You can find your nearest Yoigo store using the locator on their website.

Alongside the four main networks, there are also a number of smaller providers in Spain. They include Lebara Mobile Spain (which uses the Vodafone network) and Lycamobile Spain (which uses the Yoigo network). There’s also Lobster which calls itself the “full English mobile network”. They’re aimed at expats and they offer all of their plans along with customer support in English.

If you’re only visiting for a short amount of time as a tourist, we’d recommend sticking to one of the three big networks (Movistar, Orange and Vodafone ES). They have the most stores dotted across Spain so you can usually get a SIM from them without too much hassle.

If you’re planning to stay in Spain for an extended amount of time, it may also be worth investigating one of the smaller Spanish networks. For instance, you might be able to get a cheaper plan for less than €10/month. Alternatively, there are plans with inclusive international minutes or other features that might be beneficial for your stay (e.g. bundles that also include broadband and TV).

If you’re currently using your smartphone in the UK, it will also be compatible with the mobile networks in Spain. This is because the Spanish mobile networks use the same bands and frequencies that are in use within the UK.

The following table shows the bands and frequencies that are in use in Spain:

You can check your handset manufacturer’s spec sheet to see a list of bands supported by your phone.

If you’re using a different SIM card for the duration of your trip abroad, you’ll need to make sure your handset is unlocked.

At present, Lebara Mobile is our recommended SIM card for usage in Spain. You can get a plan from them for just £2.50 per month, with inclusive roaming in Spain.

For more information, you can also see our in-depth guides to international roaming and our guide to roaming charges in Europe.

Your Comments 114 so far

We'd love to hear your thoughts and any questions you may have. So far, we've received 114 comments from readers. You can add your own comment here.