You can access the internet on your smartphone using either a 2G, 3G, 4G or 5G connection. Find out how download speeds compare.

When it comes to mobile internet download speeds, terms like 2G, 3G, 4G and 5G are often used. Referring to four different generations of mobile technology, each of them gives a very different download speed.

Older 2G connections give a download speed of around 0.1Mbit/s, with this rising to around 8Mbit/s on the most advanced 3G networks. Speeds of around 60Mbit/s are available on 4G mobile networks in the UK (but this can be substantially higher in other countries like the US). Next-generation 5G mobile networks are targeting a download speed of over 1,000Mbit/s (1Gbit/s).

In this article, we take an in-depth look into the topic of download speeds and see how 2G, 3G, 4G and 5G mobile networks compare. We’ll also consider the real-world speeds and how they’ll impact upon your actual day-to-day usage.

The “download speed” is a measure of the rate at which data can be transferred from the internet to your smartphone. This data might be a web page or a photo you’re viewing, or it could be an application or video you’re downloading to your smartphone.

In general, a faster download speed normally mean that content from the internet loads faster and with less of a wait. A faster download speed also supports higher-quality streaming (e.g. you might be able to watch higher definition video as it downloads without encountering buffering). Download speeds aren’t the full picture however: there is also the related concept of latency (discussed below) that affects the responsiveness of your internet.

The following table shows a comparison of download speeds on various flavours of 2G, 3G, 4G and 5G mobile networks. The icon column refers to what you’ll most likely see in the notification bar of your smartphone when using one of these networks.

Our table provides two different download speeds. The first is the theoretical “maximum download speed”. This is based on the limits of the technology, assuming you had perfect coverage and no congestion on the masts. We’ve also listed a more “typical download speed” which is more representative of what you’d actually experience on a day-to-day basis.

The actual download speeds you get will depend on a number of factors such as your location, whether you are indoors or outdoors, the distance to nearby masts and the amount of congestion on them. You can measure the actual download speed of your connection using tools like Google’s Speed Test, Netflix’s Fast.com or Ookla’s SpeedTest.net.

Most modern smartphones now support 4G technology, but they often differ in the maximum download speeds supported, or the maximum “category” of LTE they support. Some of the latest flagship smartphones like the iPhone XS and Galaxy S9 now support up to Category 16 LTE-Advanced.

The following table shows how expected download times compare across the different technologies:

For this comparison table, we have used the average download speeds of 30Mbit/s (4G LTE Cat6), 4Mbit/s (3G HSPA+) and 0.1Mbit/s (2G EDGE). Typical file sizes used in our calculations: 2MB for a webpage, 10KB for a basic e-mail, 2MB for a high-quality photograph, 5MB for a music track and 30MB for a typical application download.

We haven’t listed 5G download times in the table above but it’s safe to say they would all download near instantaneously!

When it comes to certain applications that “stream” data, your connection will need to support a minimum download speed. This is because content from the internet is being shown on your phone at the same time as whilst you’re downloading it (a concept commonly known as “streaming”). If the content can’t be downloaded at a sufficient speed, you’ll experience pauses during playback (also known as “buffering”).

Applications that make use of streaming include voice over IP (e.g. calling via Skype or WhatsApp), online video apps (e.g. Netflix and YouTube) and online radio. The following table shows minimum download speeds you would require for this content to play smoothly without buffering:

A 3G connection or better should normally be able to sustain most of these activities. Having a faster 4G connection may also allow you to stream higher quality content (e.g. watching Netflix in 4K Ultra HD quality).

Besides download speed, latency is another really important concept that affects the experience you’ll get on your smartphone. It’s also known as the “lag” or “ping” if you’re familiar with online gaming.

When your mobile phone wants to download some content from the internet, there is an initial delay before the server on the other end starts to respond. Only once the server has responded, it will then be possible for the download to progress. For example, if it takes 0.5 seconds for the server to initially respond and then 1 second for the file to download, you’ll need to wait a total of 1.5 seconds for the download to complete.

High latency connections can cause web pages to load slowly, and can also affect the experience in applications that require real-time connectivity (e.g. voice calling, video calling and gaming applications).

Across 2G, 3G, 4G and 5G technologies, there’s a major difference in the latency you can expect:

* The target latency of a 5G connection is 1ms (theoretical). Other figures are based on real-world usage.

Many people argue that the benefits of 5G are more from having reduced latency and increased capacity rather than having faster download speeds. This is because the download speeds available on 4G are already fast enough for most uses (e.g. 5Mbit/s is already more than enough for high-definition video). However, despite faster download speeds not making a huge difference here, the reduction in latency from 5G technology will help overall response time.

The reduced latency of 5G technology is particularly important for some of the newer embedded applications of mobile technology. For instance, a connected car travelling on the motorway at 70mph (110km/h) would travel almost 2 meters in the amount of time it takes for a 4G mobile network to respond. The lower latency of a 5G connection will allow mobile technology to be used more safely in cars. 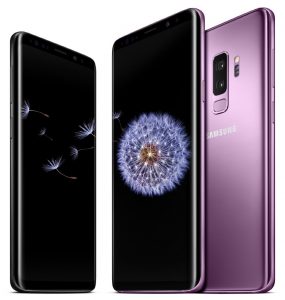 Download speeds shouldn’t directly affect how much data you consume. This is because the web pages you visit and the files you download are still the same size (and hence will consume the same amount of data) regardless of which connection type you have. There are, however, two key exceptions to this:

For both of these reasons, we’d typically advise choosing a larger data allowance when moving to mobile network or tariff offering faster download speeds.

There’s no difference between Mbit/s and Mbps: they’re just two different ways of abbreviating “megabits per second”. At Ken’s Tech Tips, we prefer to use the term Mbit/s as we believe it ensures a little more clarity. The alternative abbreviation, Mbps, is often confused with “megabytes per second”.

It’s important to draw the distinction between bits and bytes. Whilst download speeds are normally measured in “megabits per second” (Mbit/s), download limits and download sizes are measured in megabytes (MB). As there are 8 bits in one byte (and hence 8 megabits in one megabyte), it would actually take you 8 seconds to download a 1MB file on a 1Mbit/s connection.

The term “5G Wi-Fi” is often confused for 5G mobile technology. In fact, the “5G” actually stands for 5GHz and relates to the frequencies used by the wi-fi network to communicate with your device (traditionally, wi-fi networks have used the spectrum around 2.4GHz).

As the “5G” in “5G Wi-Fi” has no relation to download speeds, it’s recommended that this technology is now referred to as Wi-Fi 5 or 802.11ac to reduce confusion.

For more information, please consult your mobile network’s website for details about the download speeds and coverage they’re able to offer. If you’re in the UK, please see the EE, O2, Three and Vodafone websites.

Your Comments 111 so far

We'd love to hear your thoughts and any questions you may have. So far, we've received 111 comments from readers. You can add your own comment here.