Dual SIM Phones: How To Choose & Buy A Dual-SIM Smartphone

A dual-SIM phone allows you to use two different SIM cards, with two mobile networks and two phone numbers on a single device. 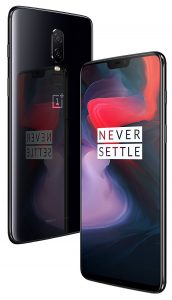 Traditionally, dual-SIM smartphones have been a rarity in the UK mobile market. However, they’ve rapidly grown in popularity over the last few years as an increasing number of people buy unlocked smartphones from manufacturers like Huawei, Motorola and OnePlus.

Dual-SIM smartphones allow you to use two different SIM cards at the same time on one handset. This means you can be simultaneously connected to two mobile networks on just one device. The advantages range from being able to use a single device for both personal and work usage, to being able to take advantage of greater coverage and lower price on two mobile networks.

There are three major use cases for a dual-SIM smartphone:

Dual-SIM smartphones normally aren’t popular with the mobile networks as they allow you to easily side-step charges from the mobile network (e.g. for travelling abroad or for calling other countries). They also require the handset to be unlocked. For this reason, you’ll normally need to buy your dual-SIM smartphone from an electronics retailer, on a SIM-free and unlocked basis.

When choosing a dual-SIM mobile phone, there are three important considerations worth thinking about:

The vast majority of dual-SIM smartphones use “dual-standby technology”. This is sometimes referred to by its full name of dual-SIM dual-standby (or DSDS for short). On a dual-standby mobile phone, it’s only possible to use one SIM card at a given time for making or receiving phone calls. If either SIM card is being used for a call, the other SIM card will be disabled for the duration of the call. For most people, this shouldn’t present too many problems but it’s worth being aware of this limitation.

If you’re a heavy power user wanting to make multiple phone calls at the same time, you’ll instead need to buy a mobile phone with dual-SIM dual-active (DSDA) technology. These phones are much harder to find and are also much more expensive, but have two transceivers so you can be making a phone call on both SIM cards at the same time. You can also do things like putting one call on hold whilst you handle the other call, or you could connect the two phone calls together into one conversation.

Nowadays, it’s incredibly difficult to find a mainstream device that has dual-SIM dual-active technology. If you do require the very specific functionality, it’s likely you’ll need to undergo a detailed search for a more specialist device.

In our opinion, the more mainstream dual-standby devices should suffice for most consumers and are also much more readily available.

In the UK, most mobile networks still provide some 2G coverage. However, Three is a notable exception in that it doesn’t provide any 2G coverage. Unfortunately, this means you aren’t able to use a SIM card from Three in the secondary SIM card slot, or from any other virtual network operator that uses coverage from Three (this includes iD Mobile, Smarty, Superdrug Mobile and more).

Outside the UK, a number of countries have begun switch off 2G coverage. For instance, 2G coverage is no longer available in countries like Australia, Japan, Singapore and Taiwan. In other countries, it has been partially switched off. For instance, in the United States, AT&T has switched off 2G meaning it’s now only available on T-Mobile. This is worth knowing as it might affect you when travelling to other countries with a dual-SIM device.

On some newer devices, you’ll find support for 4G+4G (Dual SIM 4G) connectivity, or sometimes 4G+3G connectivity. The benefit of this is you’ll be able to access a wider range of connectivity on both SIM card slots, including mobile networks that lack 2G support. In our opinion, a device like the Honor View 10 is worth considering if you’d like Dual SIM 4G connectivity.

Finally, it’s worth taking a look at the design of the SIM card slot.

On dual-SIM phones, there will typically be a SIM card tray where you’re able to insert a SIM card from each provider (typically, this will be either two micro-SIMs or two nano-SIMs).

In some cases, the SIM card slot is designed in such a way where the slot for your secondary SIM card doubles up as the slot for your micro-SD card. This is unfortunate as it means you’ll need to make the choice between having dual-SIM connectivity and additional micro-SD storage. Whilst there are some hacks to get around this (e.g. fusing part of the secondary SIM card onto the back of your micro-SD card), these hacks are often dangerous and are not recommended.

Where possible, we’d recommend choosing a handset that has separate physical slots for the secondary SIM card and micro-SD card. 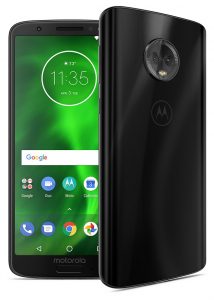 At present, we’d recommend taking a look into some of the following devices:

When choosing a dual-SIM smartphone, look out for other related features that can make your life easier. For instance, Motorola has a featured called intelligent calling which will automatically choose the best SIM card when you place a call. Similarly, Huawei has a feature called App Twin which allows you to run two separate instances of a single application (e.g. you could have separate WhatsApp accounts for your personal and work phone numbers).

Your Comments 25 so far

We'd love to hear your thoughts and any questions you may have. So far, we've received 25 comments from readers. You can add your own comment here.