John Lewis offers broadband from £20.50 per month with a choice of Unlimited, Fibre and Fibre Extra broadband plans. 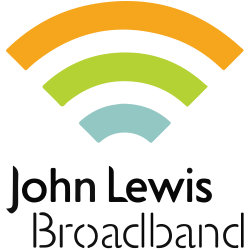 In the UK, John Lewis offers home broadband from £20.50 per month. You can get an average download speed of 10Mbps (Unlimited), 36Mbps (Fibre) or 66Mbps (Fibre Extra), with evening and weekend calls also included within your plan. 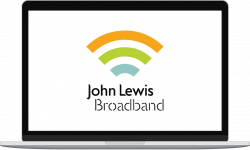 If you’re looking at John Lewis Broadband, there’s currently a choice of three different plans you’re able to choose from:

All of the plans include a home phone service with evening and weekend calls to UK landlines. You’ll also get a John Lewis email address included on all plans.

At present, John Lewis do not offer any Gfast or full fibre (FTTP) broadband plans. 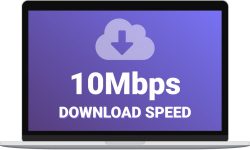 John Lewis’ entry-level broadband plan is known as Unlimited Broadband. Currently available for £20.50 per month, it gives you unlimited downloads and an average speed of 10Mbps. 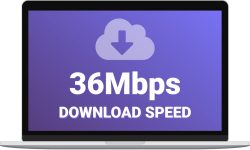 If you’re looking for superfast broadband, you can get Fibre broadband from John Lewis. This is currently available for £25 per month.

With Fibre broadband, you’ll get an average download speed of 36Mbps (this is about three and a half times faster than normal broadband). This should allow you to do a lot more things at the same time using your connection. For instance, you can stream HD-quality video on seven devices at the same time or you can stream 4K-quality video on one device. 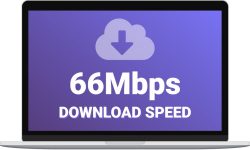 For the fastest available download speeds on John Lewis Broadband, you should choose the Fibre Extra plan. Currently available for £28 per month, it's about six times faster than regular broadband.

On Fibre Extra, you’ll get an average download speed of 66Mbps. This makes it a good option for households with lots of connected devices (e.g. busy families where you’re streaming and downloading on multiple devices at the same time).

For more information, you can also compare the three plans on the John Lewis website.

In the background, John Lewis Broadband is actually powered by Plusnet (which is a part of the BT Consumer division). Although you’re getting a John Lewis branded service, the underlying broadband service and customer support is actually provided by Plusnet.

The following table shows a side-by-side comparison of John Lewis Broadband and Plusnet:

The following table shows the average download speed and upload speed you can expect on each John Lewis Broadband plan:

It’s worth bearing in mind these figures are based on a national average. At least 50% of customers across the UK should be able to get this speed during the peak hours each evening (8pm to 10pm). In practice, the speed in your home will depend on multiple other factors such as the distance to your nearest cabinet/exchange and the quality of your home’s internal wiring.

To get a personalised estimate of the speeds available where you live, start an order on the John Lewis website. The first step is a broadband availability check where you’ll be given the estimated download speed at your address.

You’ll be provided with a wireless router at no extra charge when you sign up for John Lewis Broadband. This will produce a Wi-Fi network for your other devices to connect to. You’ll also get some Ethernet sockets, allowing you to connect wired devices to your home network.

At present, John Lewis is providing the Sagemcom 2704n router to customers on Unlimited broadband. This is a single-band Wi-Fi 4 router, based on the Plusnet Hub Zero.

The following table shows a side-by-side comparison of the two routers:

The John Lewis Broadband service is provided using the Openreach network. This means it makes use of the phone line going into your home.

Unlimited Broadband is available in around 98% of UK homes. It uses copper broadband (ADSL) technology, where a copper phone line runs from the telephone exchange to your home.

Fibre Broadband and Fibre Extra Broadband are available in around 91% of UK homes. They both use fibre-to-the-cabinet (FTTC) technology. This means a fibre optic cable runs to your nearest street cabinet, with only the “last mile” from the cabinet to your home using a traditional copper phone line.

To check the availability of the plans where you live, you should start an order on the John Lewis Broadband website. After entering your postcode and address, you’ll be told about the plans available where you live. 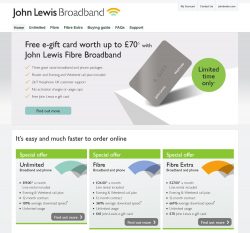 In most cases, there’s no need to cancel your old broadband service. This is because it will normally be done automatically for you. The main exception to this is if you’re a Virgin Media customer. If this is the case, you’ll need to contact them separately to cancel.

For step-by-step instructions on how to switch to John Lewis Broadband, please select your current broadband provider from the list below:

Switch to John Lewis Your step-by-step guide to switching