Tablets VS Netbooks: The battle of the ultraportable computing devices

If you’re looking for an “ultraportable” computing device which you can take anywhere, you’ve got two choices: a tablet or a netbook.

Over the past few years, we’ve seen people demanding more from technology and the ability to access technology in more and more places.

If you’re looking for an ultraportable computing device, you’ve got a choice between a tablet or a netbook. In this guide, we look at the history and design of both the tablet and netbook form factors. We also explore how the design heritages of both classes of device affect them practically and find out the pros and cons of each type of device.

What is a tablet? 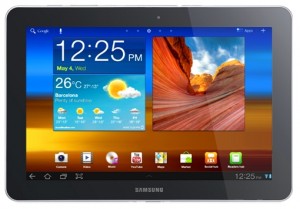 A tablet is a mobile device with a screen size of 7 inches or above. They’re typically operated with a touchscreen and as such don’t usually feature a hardware keyboard, trackpad or mouse pointer. Popular tablet devices include the Apple iPad (which runs the iOS operating system), Samsung Galaxy Tab (Android), Motorola Xoom (Android), HTC Flyer (Android), BlackBerry PlayBook (QNX) and HP Touchpad (WebOS).

Tablet devices find their heritage in mobile phones. Tablet operating systems such as iOS, Android and WebOS were originally designed to run on mobile phones but have since been modified for a larger screen. Due to their mobile phone heritage, tablets to be very good for video and voice calling, listening to music, browsing photo albums and watching movies. The background in smartphone design also means that tablet devices have fairly good battery life and there are a lot of applications designed for use on the move (for example location-aware applications). All tablet devices feature wi-fi connectivity and many also offer 3G connectivity (sometimes at an extra cost).

What is a netbook?

A netbook is a portable computing device which sees its heritage in a laptop computer. Netbooks are generally small laptops which have been optimised for low weight and cost: they feature smaller screens, smaller keyboards and remove features such as CD drives and large hard drives. Netbook computers typically run the Windows 7 Starter operating system however some netbooks run alternative operating systems such as Linux or Google Chrome OS. 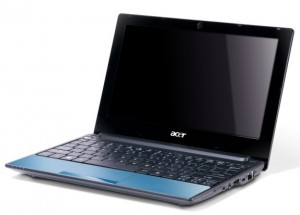 Netbooks find their heritage in laptop computers so are operated with the combination of a full QWERTY keyboard and trackpad/pointing device. Because they run the same software as laptop computers, you’ll have access to the whole library of productivity applications you’re used to: programmes such as Microsoft Office, Photoshop and Outlook. For this reason, netbooks really excel at work and productivity: you’re always going to do a much better job writing letters and editing photos on a netbook than you would on a tablet.

The downside of the netbook’s PC heritage is that a lot of software isn’t written with small screens, slow processors or power considerations in mind. Many applications were originally developed for computers with fast processors, a lot of memory and large screen sizes (17-inch upwards). On a netbook everything has to be squeezed into a small screen: that means you could be spending a lot of time waiting for tasks to complete and performance can be sluggish. You may also find more of the screen taken up by icons and menus rather than the content you want to view.

How do they compare?

The tablet experience basically takes the mobile phone experience onto a large screen. Whilst the tablet doesn’t manage to maintain all of the portability of the smartphone (you can’t fit a tablet into your pocket for starters), it manages to maintain a lot of it. As tablet devices don’t carry the baggage of a bloated operating system such as Windows or a full hardware keyboard and all the electronics that entails, it means tablets can be a lot lighter and thinner than netbooks. Tablets are usually fairly light (~500g), thin (~9mm) and have fairly good battery life. Netbooks typically weigh ~1200g and are about ~30mm thick.

There’s no doubt that netbooks have a more powerful operating system (Windows) and can run much more powerful applications than tablets do. You’ll be able to run applications such as the full Microsoft Office suite and multimedia suites such as Photoshop, Windows Movie Maker and Picasa (whether they run quickly is another matter). Sites such as Softpedia and Download.com are literally brimming with all kinds of Windows applications, many of which are free and open source.

In contrast, tablets don’t feature any of the powerful applications you’ll see on a netbook: instead you’re more confined to the very simple document editing and multimedia editing capabilities offered by applications such as Thinkfree Office and Photoshop Express.

We have some concerns are more about how well Windows applications run on a netbook: when Windows is squeezed onto a device with a small screen and slow processor, great performance isn’t necessarily guaranteed.

One additional benefit of netbook computers is that they feature USB device support and a large range of drivers. This means your netbook can connect to devices such as USB memory sticks, printers, cameras and camcorders… even USB plasma balls. On the whole, most tablet devices don’t feature a USB port or allow you to interface with such a large range of devices.

Tablets are great for consuming multimedia and playing games. They’ve got great applications built-in to the device for YouTube, watching movies, reading magazines, e-books and for listening to music. These built-in applications tend to work very smoothly, painlessly and include an integrated online store which allows you to purchase multimedia direct from the device. Tablets also feature a built-in app store allowing you to access a wealth of touch-based games such as Angry Birds and Cut the Rope. These games are typically free or priced below £2 per download.

Netbooks also do a reasonable job for multimedia and gaming. You can still watch YouTube videos through the browser, watch movies through Windows Media Player and listen to music through iTunes. The problem is that it just makes you jump through more hoops to be able to do it. And the games available on a netbook are totally different too: you’ll have access to online games such as Robot Unicorn Attack and Farmville. Given the rave has all been about touch-based games recently and the innovation has moved there, we’d call the tablet as the winner for this round.

Netbook devices vary greatly in battery capacity but you can expect to have to find a power socket every 3-6 hours with most netbooks. Some netbook devices claim up to 12 hours of battery life. These netbooks would allow you to get through a day without charging: however these devices tend to cut down on other features such as processing power to give the extended battery life. As netbooks come from a PC background, where computers were historically always connected to the mains, you’ll most likely struggle to get through the day without recharging a netbook at some point.

With a tablet, you’re much more likely to make it through the day (often several days) without having to recharge. This is due to the tablet’s design background in the smartphone (for which battery capacities are even smaller due to space constraints) and the use of power-efficient ARM chips. According to Apple, “you can use iPad for up to 10 hours while surfing the web on Wi-Fi, watching videos, or listening to music”. This drops to 9 hours when using 3G connectivity on the iPad. Samsung claim the Galaxy Tab 10.1 has up to 9 hours battery life when watching video and 72 hours when listening to music. In typical usage, we find that a tablet can be used for 2 or 3 days between charges.

Tablet devices such as the Apple iPad and Samsung Galaxy Tab 10.1 start at around £400 with wi-fi connectivity. For 3G connectivity, expect to pay an extra £100 and the subscription charges associated with a 3G service. A decent netbook will also set you back approximately £400. Many electronics stores such as Amazon.co.uk will stock a large range of tablets and netbooks.

In terms of connectivity, netbooks generally offer more options. All netbooks will be able to connect to the wireless network at home or work. Some netbooks will also feature an Ethernet port so you can connect to a wired network. When you’re out and about, it’s possible to get online using tethering or a portable wi-fi hotspot device such as a MiFi.

Looking beyond network connectivity, it’s worth noting that netbooks can connect to a large range of peripherals such as cameras, printers and memory sticks through the onboard USB sockets. This is not possible on a tablet.

There’s no single right answer to whether a tablet or a netbook is a better ultraportable computing device. It really depends on how you want to use it.

Tablets provide a much cleaner, more portable and easier-to-use computing experience but the inability to do even basic tasks practically (e.g. writing letters) could get frustrating.