How To Cancel TalkTalk Broadband: Exit Fees & How To Leave

How you cancel your TalkTalk service depends on whether you're moving to another provider. Find out about the cancellation process and about any exit fees that might apply. 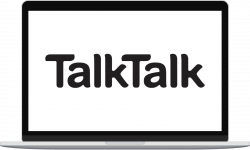 If you’d like to cancel your TalkTalk Broadband service, there are several ways to do this. It depends on whether you’re changing to a different broadband provider, whether you’re moving to another address or whether you’re cancelling for an entirely different reason (e.g. because you’re getting poor download speeds from TalkTalk).

In this article, we’ll explain how you can cancel your TalkTalk Broadband service and any exit fees that might apply when you end your TalkTalk service. We’ll also look at some alternatives to cancelling such as improving your wi-fi network coverage and speeds or adding an extra line from a different provider.

How To Cancel Your TalkTalk Broadband Service

The way you cancel your TalkTalk service depends on which of the following situations you’re in:

If you’re moving to Virgin Media, Three Broadband or a full fibre broadband service that uses its own network, you’ll need to contact TalkTalk to end your broadband service. Alternatively, you can keep TalkTalk running alongside your new broadband provider to avoid paying an early exit fee to them for cancelling your service.

Please select your new broadband provider from the dropdown menu below for step-by-step instructions on how to switch:

Switch from TalkTalk to a new broadband provider

The following table shows whether you can use the broadband switching process that doesn't involve speaking to TalkTalk: 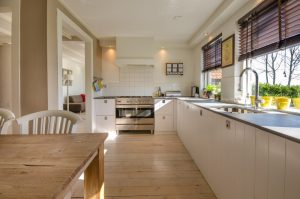 If you’re moving home, it might be possible to transfer your broadband package through TalkTalk’s home move service. They’ll set up a broadband service for you at your new address and your existing contract will be moved over. If your new home is within the same telephone exchange area, it may also be possible to keep your landline phone number.

TalkTalk's home move service costs £60 and requires at least 14 days advance notice to be given.

Please note that the services and download speeds available at your new address may be different to those at your current address. You should be told about this before you transfer your service over.

If you’re cancelling your broadband service for any other reason, you’ll need to contact TalkTalk to cancel your service. You’ll need to pay an early termination charge if you’re still within the minimum term of your contract with TalkTalk.

On TalkTalk, it’s possible to cancel your broadband service during the minimum term of your contract by paying an early termination charge. This is based on the number of months remaining on your contract:

In some cases, it might be possible to cancel your TalkTalk service without paying an early cancellation fee. You can do this if the speed of your broadband connection is slower than the minimum guaranteed download speed you were quoted when you signed up to the service. Alternatively, it might also be possible if TalkTalk were to increase your charges by more than the amount stated when you signed up for your plan.

There are several alternatives to cancelling your TalkTalk Broadband service:

Your Comments 73 so far

We'd love to hear your thoughts and any questions you may have. So far, we've received 73 comments from readers. You can add your own comment here.