It’s almost never a good deal buying the latest handset on a 24-month contract. We explain the hidden APRs in a mobile phone contract and why they cause you to pay hundreds of pounds more. 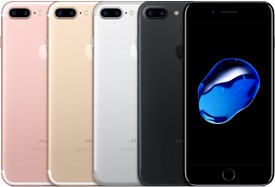 Traditionally, most people have bought their smartphones on a 24-month contract. With a contract, you can normally get the latest smartphone for a reduced upfront price. For instance, the 32GB iPhone 7 has a full retail price of £599 unlocked. However, on a Pay Monthly contract, it’s often available for an upfront payment of £99 or less.

In exchange for you being able to save money upfront, a 24-month contract will tie you in to one mobile network and will require you to pay more on your phone bill each month. For instance, you might pay an additional £30/month for the next 24 months (this is compared to if you were getting an equivalent SIM-only deal). When these additional monthly payments are taken into account, you’ll normally end up paying far more than the original cost of the handset.

In the UK, most people have traditionally bought their smartphones on a 24-month contract, where they pay a reduced amount upfront followed by monthly line rental of £40 or more for the latest handset.

Recently, unbundled deals have appeared as a new alternative in the market, providing a cheaper and more flexible alternative to 24-month contracts. With an unbundled deal, you buy an unlocked handset and a SIM card for your airtime as two separate purchases. This gives greater transparency about what each component is costing as well as greater flexibility around changing your handset or mobile network. It also allows you to avoid the hidden APRs in a 24-month contract.

On a traditional 24-month mobile contract, you pay a reduced amount upfront for your handset in exchange for higher monthly payments over the next 24 months. For instance, the full retail price of an iPhone 7 is £599. On a 24-month contract, it’s normally available for just £99 upfront or less.

In the following table, we show what you’d currently pay for a 32GB iPhone 7 on a 24-month contract. We’ve shown the cheapest available deals with at least 2GB of data from BT Mobile, EE, O2, Tesco Mobile, Three and Vodafone:

As an alternative to buying the iPhone 7 on a 24-month contract, you can instead choose to buy your iPhone SIM-free for an upfront price of £599. As you’re buying your handset outright, you can then take advantage of a much cheaper SIM-only deal.

In the following table, we show what happens when you get the iPhone SIM-free and then get a comparable SIM-only deal. We’ve assumed an upfront price of £599 for the 32GB iPhone 7, and then we’ve looked for SIM-only deals with at least 2GB of data per month:

In all of the cases above, you can save significant amounts of money by buying your handset and SIM card as two separate purchases (this is known as an ‘unbundled’ package). 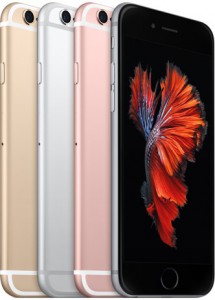 The reason why 24-month contracts normally cost you a lot more is because the mobile networks charge a hidden APR when you buy a handset on contract.

At the same time, EE also offers an airtime-only contract with the same 2GB of data for just £17.99/month. Hence, with the 24-month contract, you’re paying an extra £28/month for the exact same allowances (equivalent to an extra £672 over 24 months).

At the time of writing, we found the major UK networks were charging a hidden APR between 20.6% and 41.7% for customers buying an iPhone 7 with 2GB of data per month.

The following calculator allows you to see the hidden APR in your 24-month contract:

To avoid these hidden APRs, I’d strongly recommend getting your handsets “unbundled” (i.e. buying your handset and SIM card as two separate purchases).

If you’re able to afford it, the cheapest way to do this is to buy your handsets unlocked. Some good retailers for buying an unlocked handset off-contract include John Lewis, Unshackled, Amazon and Argos. Sometimes, you can also buy directly from the manufacturer (e.g. from the Apple, HTC, Motorola, Samsung or Sony websites).

If you aren’t able to spend such a large amount upfront for your handset, it can also be worth investigating a retailer that provides financing for your handset. For instance, Unshackled is an online retailer that provides financing for your handset at 9.7% APR (see our full review for more information). With their financing option, you’ll need to pay a bit more compared to if you buying the handset outright. However, the transparent APRs charged by Unshackled will normally be much cheaper than the hidden APRs in a 24-month contract. You can also settle your plan early to reduce the total amount of interest that’s payable.

Once you’ve bought an unlocked handset (either outright or with a little bit of financing), you can choose from the best value SIM-only deals available on the market. With an unlocked handset, you’ll be able to use any UK network and you’ll also be able to change mobile networks whenever you like.