eSIM on UK Mobile Networks: How To Get An eSIM For Your Phone

In the UK, you can get an eSIM from EE, O2 or Vodafone for use in your iPhone, Samsung Galaxy or Google Pixel phone. 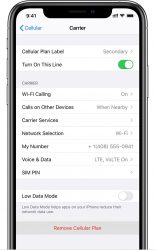 eSIM or embedded SIM technology is now available in the latest flagship smartphones from Apple, Samsung and Google. On devices like the iPhone 12 and Galaxy S21, you can download an eSIM onto your phone. This allows you to get connected without a physical SIM card. You can also use an eSIM to benefit from dual-SIM connectivity on these phones as they have one physical SIM card slot in addition to eSIM.

At present, it’s possible to get an eSIM on compatible Pay Monthly plans from EE, O2 and Vodafone. In addition, there are several other mobile networks currently working on eSIM support. For instance, Three offered eSIMs for a short period during 2020 and is planning to relaunch it in 2021. Meanwhile, BT offers eSIM support but this is only available to BT Business customers.

In this article, we’ll look at eSIM technology in the UK. We’ll start by asking what eSIMs are and how they compare to the traditional SIM cards that have been in use for more than 30 years. We’ll then look at the devices you can use an eSIM with and at the support for eSIM across different UK networks.

In mobile phones, eSIM or “embedded SIM” technology is a new version of SIM card technology where the SIM card is embedded inside your device.

Instead of having a physical SIM card from your mobile network that you slot in to your device, eSIM uses a reprogrammable chip inside your smartphone. To download and install an eSIM, you’ll normally need to scan a QR code with your phone.

The advantage of using eSIM technology is it can make it a lot easier and faster to change to another mobile network. Rather than waiting for a SIM card to be sent to you through the post, you can simply download or scan an eSIM to use a new network straight away. In addition, some mobile phones support dual-SIM connectivity when an eSIM is used. By using both an eSIM and a physical SIM card in your phone at the same time, you can have two phone numbers and two price plans active at the same time (e.g. one for personal usage and another for work usage).

The downside of eSIM is that only a couple of mobile networks currently offer eSIM-compatible plans in the UK. In addition, eSIM is normally available only on a Pay Monthly plan and not on a Pay As You Go basis. There can also be complications when changing to another phone. With eSIM, it isn’t as simple as taking a physical SIM card out and putting it inside another phone. In addition, if you’re changing to a mobile phone that lacks support for eSIM, you’ll need to change your eSIM back into a physical SIM card before you’re able to use it.

At present, the following smartphones are compatible with eSIM:

1 The Pixel 3 and Pixel 3 XL are able to hold both a physical SIM card and eSIM. You can change between the two but only one can be used at a given time. You therefore won’t be able to have two phone numbers at the same time.
2 The Motorola Razr is an eSIM-only device. It doesn’t support physical SIM cards.

For more information on how to set up and use eSIM on your phone, refer to your smartphone manufacturer’s website as follows:

In the following section, we’ll discuss the availability of eSIM on UK mobile networks.

For more information about eSIM in the UK, please see the EE, O2, Three and Vodafone websites. You can also see our guide to eSIM plans in the UK.