You can watch live Premier League action on Sky Sports this quarter, along with Formula 1, NFL, the T20 Cricket World Cup and more. 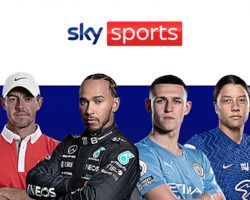 There’s a busy couple of months coming up on Sky Sports this autumn, with live action from the Premier League, Formula 1, NFL, and more. There’s also the men’s T20 cricket world cup as well as world tour golf on Sky Sports.

At present, you can get Sky TV with Sky Sports from £42 per month, giving you access to all eight Sky Sports channels and more than 300 other channels for endless entertainment. Meanwhile, if you’re an existing Sky TV customer, you can add Sky Sports for £25 per month.

In this article, we’ll look at what you’re able to watch on Sky Sports this autumn and the best deals currently available on the Sky Sports channels.

As the Premier League season hots up and enters its third month, you’ll be able to watch all of the following matches live on Sky Sports this autumn:

The dedicated Sky Sports Premier League channel allows you to watch all of these games live, with full pre-match and post-match analysis. You’ll also get behind-the-scenes access, interviews, news, highlights and more.

Meanwhile, on the Sky Sports Football channel, there’s live action from the Carabao Cup, the Football League, the Scottish Premiership, the Women’s Super League and more. Key fixtures coming up in the calendar include: 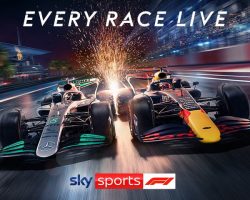 Until 2029, Sky Sports is the only place you’re able to watch every single Formula 1 practice, qualifying and race live on TV. This is available on the dedicated Sky Sports F1 channel, live and uninterrupted so you won’t miss a second.

As the 2022 Formula 1 Championship comes to a climax, you’ll be able to watch the following GPs on Sky Sports:

The 2022 NFL season is now in full swing and you’ll be able to follow all of the action on the dedicated Sky Sports NFL channel.

There’s also NFL news, discussion and analysis throughout the week on the channel, including the NFL Review Show every Tuesday night at 9pm. You can find Sky Sports NFL on channel 407. 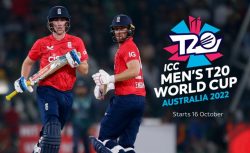 If you’re a cricket fan, the ICC Men’s T20 World Cup is being played in Australia from the 16th October to the 13th November 2022. You’ll be able to watch it live on Sky Sports Cricket, with upgrade options starting from £14 per month.

There’s also live golf coming up on Sky Sports including the DP World Tour and PGA Tour Golf. You can also watch the Grand Slam of Darts live on Sky Sports (12th November to 20th November).

If you’re a new Sky TV customer, you can get Sky TV with Sky Sports from £42 per month. This comes with all eight Sky Sports channels in HD, along with 300+ other channels for endless entertainment.

If you’re an existing Sky TV customer, you can add the Complete Sky Sports package to your plan for £25/month. Alternatively, there’s a 2-for-1 offer available on the football channels so you can get both Sky Sports Premier League and Sky Sports Football for £18 per month.