Sky Cinema is the home of Sky Original films. You’ll also get 20% off at the Sky Store and an unrivalled range of movies to stream and to watch on TV.

In the UK, Sky Cinema is a television package aimed at avid movie-goers and film-lovers. It’s the exclusive home of Sky Original films with at least two new original movies released every month. As a Sky Cinema customer, you’ll also get 20% off movie rentals from the Sky Store along with an unrivalled range of movies to stream and to watch on TV. You’ll get Sky Go included with your package, so you can watch Sky Cinema wherever you are.

What is Sky Cinema? 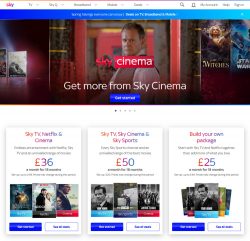 Sky Cinema is Sky’s flagship television package for customers wanting access to the best movies and films. It gives you access to the following key features:

In 2021, Sky Cinema will be the home of 30 Sky Original films, with at least two new films being released every month exclusively to Sky Cinema customers. There’s a range of exclusive British and American movies, featuring some of the biggest names around.

Some of the Sky Original films being released in 2021 include the following:

Alongside the Sky Originals, you’ll also get an unrivalled selection of movies that you won’t find elsewhere. Sky often have the exclusive first-run rights to major Hollywood movies so you can watch them on Sky Cinema before you can watch them anywhere else on TV. They also have a new premiere every day so there should always be something new to watch on the service.

Some of the top movies premiering on Sky Cinema in April and May include the following (the movies highlighted in bold are all Sky Originals):

Sky will also be screening a range of back catalogue titles, including many that have been nominated for the Oscars. These include:

Once the movie has been screened on Sky Cinema, it’ll be added to their on-demand catalogue for you to watch at any time. This means you’ll always have access to a large number of the movies to watch on demand whenever you like.

If you’re looking for another movie that’s not in the on-demand catalogue, you can rent more than 10,000 movies through the Sky Store. As a Sky Cinema customer, you’ll get a 20% discount on all movie rentals from the Sky Store.

You can watch the Sky Cinema channels on your TV through the channel numbers 301 to 312. 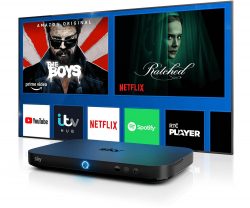 You can get Sky Cinema through one of the following deals from Sky TV:

You can also build your own custom Sky TV package incorporating other services like Netflix and Sky’s Superfast Broadband.

You’ll get all of the following features included as standard on your Sky TV package:

How to Watch Sky Cinema 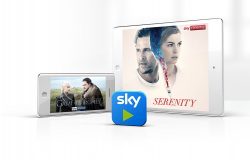 Once you’re a Sky Cinema customer, you’ll have three ways of watching the Sky Cinema movies and channels: