Pay As You Go mobile networks differ in the method they use to charge customers for a call. Techniques such a minimum call charge and per-minute billing can add substantially to the cost of your service. 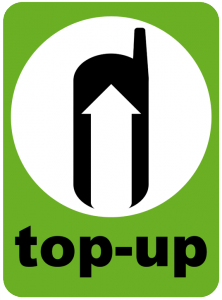 In the UK, it’s estimated that half of all phone calls last for under one minute. With most Pay As You Go networks now imposing a minimum call charge, you could be stung up to 35p when your phone call connects and when you hang up immediately (e.g. after reaching someone’s voicemail). Many mobile networks have also switched to using per-minute billing where the length of all phone calls is rounded up to a full minute before your account gets charged. These two techniques can add fairly substantially to the overall cost of your Pay As You Go service.

In this article, we’ll compare the UK’s Pay As You Go mobile networks and how much they charge for outgoing calls on their network. We’ll look at minimum call charges and which billing method is employed on each network (per-minute billing or per-second billing).

The table below shows you the per-minute rate and the minimum call charge on UK Pay As You Go networks. We’ve also listed how each network is charging for their calls: whether it’s on a per-minute or on a per-second basis. You can use this table along with the guidance below it when choosing your next Pay As You Go network. You can also refer to our other useful guides before choosing a new network.

To sort the table, please click on the relevant column heading.

Rather than having a separate call connection fee, UK mobile networks will typically have a minimum call charge for every outgoing phone call. On most mobile networks, this is equivalent to the cost of a one-minute phone call. You’ll still be charged for a full minute of calling even when you hang up the phone in under a minute. It’s a rather frustrating experience especially when around 50% of phone calls last for less than one minute. It also makes it costly when you reach someone else’s voicemail (you could be charged up to 35p for the privilege even when you hang up immediately).

The following UK networks have the lowest minimum charge when making a short call:

On mobile phone networks that charge on a per-second basis, you’ll always be charged for the exact length of your call. For instance, imagine a network using per-second billing and charging a rate of 30p/minute. If you were to make a phone call lasting for 1 minute and 30 seconds, you’d be charged 45p for the call (that’s 1.5 minutes x 30p per minute = 45p in total).

On mobile networks that use per-minute billing, the length of all phone calls is rounded up to a full minute. For instance, a phone call lasting for 1 minute and 30 seconds would be rounded up by your network to a full two minutes. You would then be charged 60p for the call (that’s 2 minutes x 30p per minute = 60p in total). On average, you would pay 15p extra for every outgoing call under per-minute billing at 30p/minute.

To illustrate this, the following table compares the cost of an outgoing phone call under per-second billing and per-minute billing. It assumes a rate of 30p/minute:

In general, we would recommend choosing a network that uses per-second billing.

The following table shows how UK mobile networks split up across the two billing methods:

You can also order a free Pay As You Go SIM card.

Your Comments 6 so far

We'd love to hear your thoughts and any questions you may have. So far, we've received 6 comments from readers. You can add your own comment here.